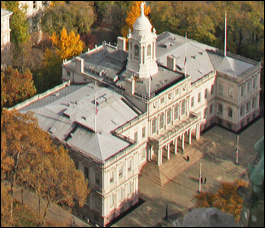 The New York City Council’s vote of support on Tuesday for a statewide single-payer health plan showed curious timing from a fiscal point of view.

Two weeks before, sponsors of the New York Health Act told union officials that they were changing the bill in ways that could cost the city billions of dollars per year. Details of these high-stakes changes won’t be available until next month, yet Council members chose to back the measure anyway – effectively endorsing a blank check.

The single-payer legislation seeks to establish a state-funded health plans that would cover all 20 million New Yorkers – replacing private insurance as well as government programs such as Medicaid and Medicare – with a price tag conservatively estimated at $139 billion.

The bill calls for two new taxes, a tax on non-wage income, such as investment returns, and a payroll tax to be paid 80 percent by employers and 20 percent by employees. Since most city workers currently pay nothing for their health benefits, even a modest tax would represent a new bit out of their paycheck.

Union leaders are also concerned about losing revenue for their welfare funds, which provide supplemental coverage for such things as prescription drugs and eyeglasses.

In a meeting with the Municipal Labor Committee, the bill’s sponsors, Assemblyman Richard Gottfried and Senator Gustavo Rivera, said they were changing their proposal to ensure that city workers’ current level of benefits would be protected. They further promised that budget savings realized by the city – including more than $5 billion in a year from a state takeover of city Medicaid costs – would be shared with municipal employees.

Exactly what they have in mind is murky, but here are the parameters:

The city currently spends $5.4 billion on health benefits for active employees, including $821 million paid to union-operated welfare funds. A fraction of workers opt for a plan with an employee contribution, and they pay about $100 million.* (The city spends another $2 billion on benefits for retirees, but they would not initially be included in the single-payer plan, and the long-term financing of their coverage is unclear.).

Under the original New York Health Act, those benefit payments would be replaced by a payroll tax. The bill does not specify rates or brackets, but a study by the RAND Corp. projected a rate of 12.2 percent for the income range of most city workers. At that percentage, the city’s cost would drop to roughly $2.8 billion, and employee contributions would rise to about $700 million.

The act further calls for the state to take over the local-government share of Medicaid costs, saving the city about $5.3 billion annually.

Altogether – and assuming RAND’s iffy assumptions bear out – the potential savings for city government would approach $8 billion. (That’s not to say it’s a good deal for the city as a whole. Those savings are a byproduct of dramatically higher spending by state government, financed largely by massive tax increases that would be especially disadvantageous for high-income earners concentrated in the five boroughs.)

However, under Gottfried and Rivera’s pending revisions (as reported by Politico), it appears the city would be obliged to spend some or all of those savings on its employees – as opposed to, say, expanding programs, investing in infrastructure or lowering taxes.

If, for example, the city is forced to pay the workers’ share of the payroll tax, that would cost about $700 million annually – an amount that will grow over time in line with workers’ rising wages and any tax increases that would be necessary to keep up with growing health costs.

If the city has to continue its current level of funding for union welfare funds, that would cost another $800 million. Based on Gottfried’s comments to Politico, it appears that the city’s $5.3 billion in Medicaid savings would also be tapped for the benefit of municipal workers.

Beyond the fiscal implications for the city, these changes – as described – raise at least two issues:

First, they appear to contradict one of the talking points of single-payer advocates, which is that public health should be a collective responsibility. The proposed revisions would seem to create a two-tiered system, with one set of rules for city employees, and another set for everyone else.

[UPDATE: According to City Limits, “Gottfried’s latest proposal is that the law include a requirement that public-sector employers pay no less a share of premiums than they do now.” This suggests the revision would apply to all government workers, albeit with uneven effects.]

Second, the proposals would risk setting a destabilizing precedent. Other politically influential labor groups could be expected to demand similar carve-outs and protections for their members – which would shift a growing share of the enormous costs of single payer onto a shrinking share of taxpayers.

*Thanks to the Citizens Budget Commission and the Independent Budget Office for providing these baseline numbers.

In backing a single-payer health plan without full details of its fiscal impact on NYC, the City Council effectively endorsed a blank che...

Proposed revisions to the New York Health Act would appear to create a two-tiered system, with one set of rules for city workers and anot...