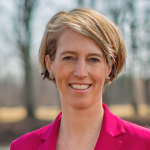 New York’s local property tax cap has become an issue in a hotly contested Hudson Valley congressional race, where a specious anti-cap argument rejected by state courts has been revived by the Democratic candidate, Zephyr Teachout.

In a voice-over to a series of photos of men and women of various ages meant to portray typical district residents, Teachout says: “This is who should have control over property taxes, not Albany.”

Then, addressing the camera directly, she adds: “It’s why my problem with any cap is that it takes away local control.”

An identical claim has been made by New York State United Teachers (NYSUT), the statewide teachers’ union, which consistently has opposed and criticized the cap enacted in 2011 at the behest of Governor Andrew Cuomo (whom Teachout, a Fordham Law School professor, unsuccessfully challenged in the 2014 Democratic gubernatorial primary).

But the union position, as now echoed by Teachout, is flatly incorrect. The tax cap—limiting annual tax levy growth to the lesser of 2 percent or the rate of inflation, subject to locally variable exclusions and allowances—was carefully designed to preserve local control by allowing for override. A tax levy exceeding the local cap can be approved by a vote of 60 percent of local government legislative bodies, or by 60 percent of school district residents voting directly on school budgets.

The NYSUT-Teachout argument was specifically rejected by state Supreme Court Justice Patrick J. McGrath in September 2014, when he dismissed the union’s attempt to invalidate the tax cap on constitutional grounds. The term “local control,” McGrath wrote in his 16-page decision, “encompasses both favorable and unfavorable consideration of a school districts’ budget, while the plaintiffs (NYSUT) appear to equate local control with budget approval.”

The vote itself connotes local control. Stated differently, local control is still served if a “cap” exceeding budget is disapproved by a district’s voters. [emphasis added]

In May, McGrath’s decision was upheld in a 4-1 ruling by the Appellate Division of Supreme Court in Albany. In his majority opinion, Justice Eugene Devine said both sides in the case had acknowledged that the tax cap law, and a temporary state “tax freeze” income tax credit for residents of localities holding taxes below the cap remaining under the cap, “were designed with the legitimate goal in mind of restraining onerous property tax increases that were believed to be depressing economic activity in the State.”

Plaintiffs [NYSUT, its top officers, and a couple of parents] suggest that it is irrational to achieve this legitimate aim in a manner that impairs local control of schools and deters poorer school districts that would otherwise seek a property tax increase over the tax cap to keep pace with educational needs. It suffices to say that, while [the Education Law provision including the cap] and the tax freeze legislation incentivize districts and their residents to avoid property tax increases over the tax cap, neither prevents such increases if sufficient community support exists for them.

If anything, the tax levy cap actually strengthened local voter control of school spending in at least two respects.

First, it replaced a prior law that allowed school districts to impose state-mandated contingency budgets, even when those plans effectively overrode the wishes of voters who rejected proposed tax hikes.

Second, for the first time in New York’s history, it gives school district voters the ability to block any tax hike. Under the law, if a proposed budget fails to gain a simple majority in two votes, the levy is automatically frozen at the previous year’s level. The limit on re-votes, and the risk of inciting a voter backlash in the form of a tax freeze, has been a huge unspoken factor in the restraint school boards have shown since the tax cap took effect.

Both of those changes encourage tax and spending restraint—which, of course, is not NYSUT’s priority.

But calls for mandate reform to boost local control have been blocked or ignored, by Cuomo and the Legislature, in the face of opposition from public employee unions—the most powerful of which is NYSUT, which gave an early endorsement to Teachout’s congressional campaign.

Go here for more background on the tax cap.