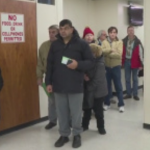 New York homeowners lining up to prepay property taxes in order to reduce their federal income taxes will also be in line for a temporary added cut in their 2017 state personal income tax. At the same time, however, the prepayment phenomenon will at least slightly erode the state government’s sagging income tax receipts in the current fiscal year—while making many of the same homeowners likely to owe slightly more in state taxes in 2018.

Governor Cuomo last week issued an executive order encouraging New Yorkers to prepay property taxes in response of the new federal tax law (formally dubbed the Tax Cuts and Jobs Act), which will cap itemized deduction for state and local taxes (SALT) at $10,000, effective in 2018. By prepaying next year’s taxes before Dec. 31, property owners can claim a larger deduction on tax returns for 2017—thus, in effect, taking extra advantage of the currently uncapped federal deduction one last time before it goes away in 2018.*

It’s by no means clear that prepayment is feasible or worth the effort for most itemizing homeowners, even assuming it’s allowed by the Internal Revenue Service (IRS). Such payments cannot be processed at all in Westchester County, officials there announced, which eliminates the option for thousands of the many of the most heavily taxed homeowners in the country. Many New York localities, however, appear to be accepting payments this week. Or attempting to accept them, at any rate. Most homeowners with mortgages pay their property taxes through monthly escrow fund installments, which will be difficult to unwind and rewind for this purpose. Gannett News Service Albany bureau has a good background primer here (accompanied, unfortunately, by the usual pop-up quiz and videos).

IRS rulings aside, prepaid taxes eligible for the federal deduction can also be claimed on state personal income tax (PIT) returns for 2017. So a larger deduction will mean a larger tax savings—on the order of $65 or so for every $1,000 of added property taxes paid by property owners in the state’s middle-income brackets. On the federal level, the savings per $1,000 of additional property taxes prepaid will be in the $250 to $280 range for most middle-class homeowners (i.e., those with taxable incomes below $233,000)—assuming, that is, they are not among the sizable number of six-figure earners whose deductions are already disallowed by the federal Alternative Minimum Tax (AMT), among other complications.

If New York retains its full property tax deduction next year, many of the homeowners who prepay 2017 property taxes will also be looking at higher 2018 state tax bills, roughly returning what they saved for this year, not counting any savings from the first phase of a scheduled multi-year state tax cut.

Ironically, while Governor Cuomo denounced the federal curtailment of SALT deductions as “double taxation,” the state itself double-taxes New York City and Yonkers residents by disallowing itemized deductions for local (as well as federal and foreign) income taxes.

That leaves property taxes as the most commonly itemized “taxes paid” deduction on New York State personal income tax returns. As of 2014, the latest year for which a full breakdown of state PIT data is available, 1.6 million New Yorkers claimed property tax deductions totaling $16.2 billion, an average of $9,883 per filer. For these filers, the deduction is estimated to generate about $710 million in savings, according to the state’s Tax Expenditure report.

As shown in the table below, roughly half the state PIT filers claiming the itemized deduction for property taxes earn adjusted gross incomes below $100,000. Measured by value, however, more than 70 percent of the resulting tax break flows to households with incomes above $100,000.

It’s difficult to even guess at how much in local property taxes actually will be prepaid by New Yorkers before the end of this year. Keep in mind, for one thing, that the full property tax deduction will remain available on federal returns for taxes on property used in a trade or business, leaving many self-employed people and small business owners with no added incentive to prepay. Keep in mind, also, that more than half of all local property taxes outside New York City flow to school districts, most of which are in no position to collect on bills that won’t be issued until next fall.

For the sake of illustration, assume that the prepayment phenomenon is widespread enough to boost the total property tax deductions claimed on state returns in 2017 by 5 percent. In that case, taxpayers will save another $35 million—and state revenues for fiscal 2017-18 will be $35 million lower. Assuming they are still in the tax base next year, those same property owners will be looking at a 2018 state PIT hike equivalent to what they saved in 2017—offset, slightly, by the first stage of an already scheduled multi-year cut in tax rates. As for the state government, $35 million is little more than a rounding error in the context of more than $47 billion in projected state PIT receipts. Viewed in a different context, however, marginal differences of $35 million can be a big deal in budget negotiations. (Assuming, again, that the actual impact is even that large; the exclusion of Westchester residents certainly will keep the number down.)

To be sure, for those who can reap a full added federal tax deduction for a few thousand dollars worth of property taxes in 2017, a small added state tax bill in 2018 might be worth it (assuming they can also untangle any complications with a mortgage lender holding taxes in escrow). But this twist to the prepayment strategy is just the first of many intended and unintended consequences associated with the impact of federal tax changes on New York’s state and local taxpayers. Anticipating and dealing effectively with those consequences will require a more thoughtful and balanced approach than we’ve been seeing so far from Governor Cuomo.

* Like most key provisions of the new federal tax law, the repeal of SALT is temporary. If Congress doesn’t act to extend the new law, full SALT deductions will be available again starting in 2026.