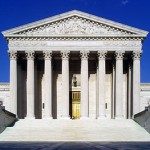 That’s the upshot of the Supreme Court ruling in Janus v. AFSCME, which nullifies the state’s agency-fee laws, which date back as far as 1977, and affects about 1,700 public entities in New York that were previously deducting fees.

For public-sector unions in New York and 22 other states with laws favoring those unions, the agency fee era is over. Justice Samuel Alito, who wrote the opinion for the 5-4 court majority, couldn’t have been more explicit on this point.

We estimated in our recent “Janus Stakes” report that public employers in New York have been extracting $112 million a year in agency fees from 200,000 government workers.

The question now is whether government agencies will obey the law and knock it off—which will also reduce the revenue flow to unions.

For state government, New York City and other large public employers, compliance should be simple—and immediate. But it will be more complicated for many if not most smaller government entities across the state, which apparently lack sufficient records to differentiate between union members and agency fee-payers.

Beyond fees, there’s an even larger pool of money at stake. Last year, about one million New York government union members paid roughly $750 million in dues. When hired, most government employees signed unions cards assuming they’d have to pay the union one way or another. In the wake of Janus, they now have the option of paying nothing, without affecting their employment status or their entitlement to contractual pay and benefits.

A senior official at CSEA, one of the state’s largest government unions, last month said face-to-face conversations with workers were yielding commitments to remain in the union less than 85 percent of the time. This matches estimates by AFSCME, CSEA’s parent union, that 15 percent of workers would leave the union immediately (and that another 50 percent would consider it). In Michigan, about one in five teachers left the union after agency fees were abolished by a 2012 law.

As part of the state budget, Governor Cuomo and state lawmakers enacted legislation designed to make it harder for government workers to immediately opt out. The unions, in turn, have placed restrictions such as narrow time windows outside of which withdrawal requests will be ignored.

But the new budget provision appears to be unconstitutional under the Janus ruling. From Alito’s opinion:

Neither an agency fee nor any other payment to the union may be deducted from a nonmember’s wages, nor may any other attempt be made to collect such a payment, unless the employee affirmatively consents to pay. [emphasis added]

The present tense of “consent” is important here, because it implies a prospective choice, occurring from this point forward. It won’t be enough for a union to claim that someone has “consented” to paying dues in the past.

By agreeing to pay, nonmembers are waiving their First Amendment rights, and such a waiver cannot be presumed. Rather, to be effective, the waiver must be freely given and shown by “clear and compelling” evidence. Unless employees clearly and affirmatively consent before any money is taken from them, this standard cannot be met.

On its face, this new dictum applies to states where union membership is automatic. In New York, however, the Taylor Law (Civil Service Law Article 14, 208.1b) has always treated membership as optional, stipulating that dues deduction shall begin “upon presentation” of signed authorization cards.

But do the membership cards signed by New York workers meet the standard of “clear and compelling evidence” that workers have “clearly and affirmatively” consented to waiving First Amendment rights?  The answer in all cases is almost certainly no.

Unlike private-sector unions that file annual reports* with the U.S. Department of Labor, New York’s government unions are notoriously opaque. Even other union-heavy states, such as Connecticut, let workers examine union records kept by state regulators but withheld from the general public. In New York, government union members don’t have a statutory right to see union financial statements, let alone detailed expenditure reports—and unions aren’t required to file anything with the state. This begs the question: can a worker grant clear and affirmative consent to finance something when they can’t see where the money is going?

*Some New York government unions, such as CSEA and PEF, file LM-2 reports with the USDOL because they represent at least one local private-sector unit and thus fall under federal reporting requirements.