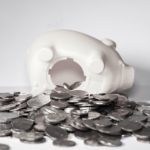 But our MTA payroll summary was only the second most-viewed SeeThroughNY news release of 2019. To find out which of the transparency postings got the most attention this year, scroll through the list of the 2019 Top 10 SeeThroughNY press releases, determined by website page views:

#10: Sen. Skoufis Spends More Than Any New Senator
October 15
Sen. James Skoufis, D-Newburgh, had $134,858 in staff and member office expenses during his first three months in the Senate, the most among newly elected members of that house, according to data posted today at SeeThroughNY.net, the Empire Center’s transparency website.

#8: Compare your property taxes
November 26
Residents of the Mid-Hudson village of Liberty had the highest effective property tax rate in New York (outside New York City and Nassau) during fiscal year 2019, according to the newest edition of Benchmarking NY, the Empire Center’s annual examination of local property taxes.

#5: One in four NYSTRS educators earned six figures in 2018-19
October 21
More than 25 percent of public school teachers and administrators in school districts outside New York City were paid more than $100,000 as of 2018-19, according to salary data posted today at SeeThroughNY.net, the Empire Center’s transparency website.