Employment growth in most upstate New York regions remained weak during the year ending in February, according to the latest monthly state Department of Labor jobs report.

The state as a whole gained 122,700 private sector jobs on a year-over-year basis — a 1.6 percent growth rate, compared to the preliminary estimate of 2.2 percent for the nation as a whole in February.  In line with a longer-term trend, virtually all net job growth was measured downstate, mainly in New York City, where the 104,300 additional private jobs represented a growth rate of 2.9 percent.

Upstate, the national and statewide rates were exceeded only by two small metro areas, Ithaca and Watertown-Fort Drum. Among larger upstate metros, Rochester lost jobs, Syracuse had no change and Buffalo-Niagara Falls grew by a mediocre 0.9 percent rate.  Elmira also showed a year-over-year decline. Figures for Albany-Schenectady-Troy were down but not final “due to a reporting error,” NYSDOL said.

The generally weak upstate figures come on the heels of annual revisions that showed private employment upstate declining in 2015. Meanwhile, Governor Andrew Cuomo continues to push for a much higher minimum wage—even in upstate regions where median hourly wages are generally $16 to $17. 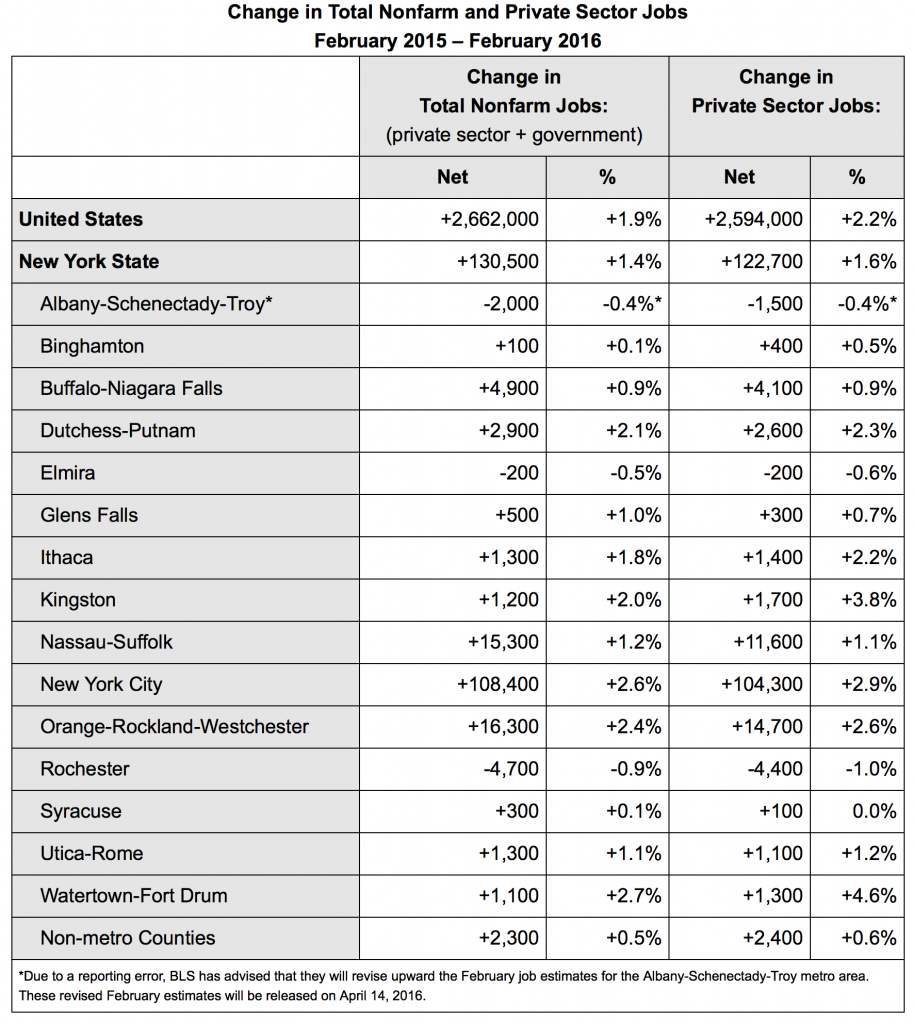