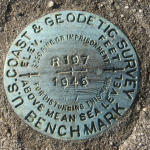 Statewide private sector employment in New York as of December was up just 1 percent over the same month a year earlier—less than half the national rate, and the lowest such growth rate in New York since the end of the recession in 2009, according to revised employment data released last week by the state Labor Department (DOL).  The total year-to-year gain of just 76,500 private jobs was less than half the average recorded in each of the four previous Decembers since Governor Andrew Cuomo took office.

The annual benchmark revision of the payroll data reflected a significant reduction from the DOL’s preliminary estimates, released in early January. They had shown the state adding jobs at a pace matching the national average, which was originally estimated at 2.1 percent.

At both the state and federal levels, monthly employment estimates are based on employer surveys conducted by the U.S. Bureau of Labor Statistics (BLS).  These numbers are jointly revised by the BLS and the state DOL early every year in a process called “benchmarking,” which adjusts the survey results to reflect a more complete count based on employers’ actual unemployment insurance filings.

Those revisions at the federal level boosted the nationwide December employment total by about 100,000 jobs, nudging the year-to-year growth rate to 2.3 percent.  In New York, however, the originally estimated year-to-year growth of 164,000 was reduced to indicate a gain of 76,500 jobs, up just 1 percent from December 2014.

By far the biggest downward adjustments affected New York’s upstate metro areas, whose collective employment gain on a year-to-year basis fell from an original estimate of 19,500 new jobs to an outright loss of 2,800 jobs as of December.  It was the first time since June 2010 that upstate metro regions collectively experienced a decline in employment compared to the same month a year earlier. The biggest changes came in Buffalo-Niagara Falls, where the original estimate of 7,200 new jobs was changed to a loss of 2,000 jobs, and Rochester, where the originally estimated gain of 5,600 jobs became a loss of 3,200 jobs. (More detailed data here.) 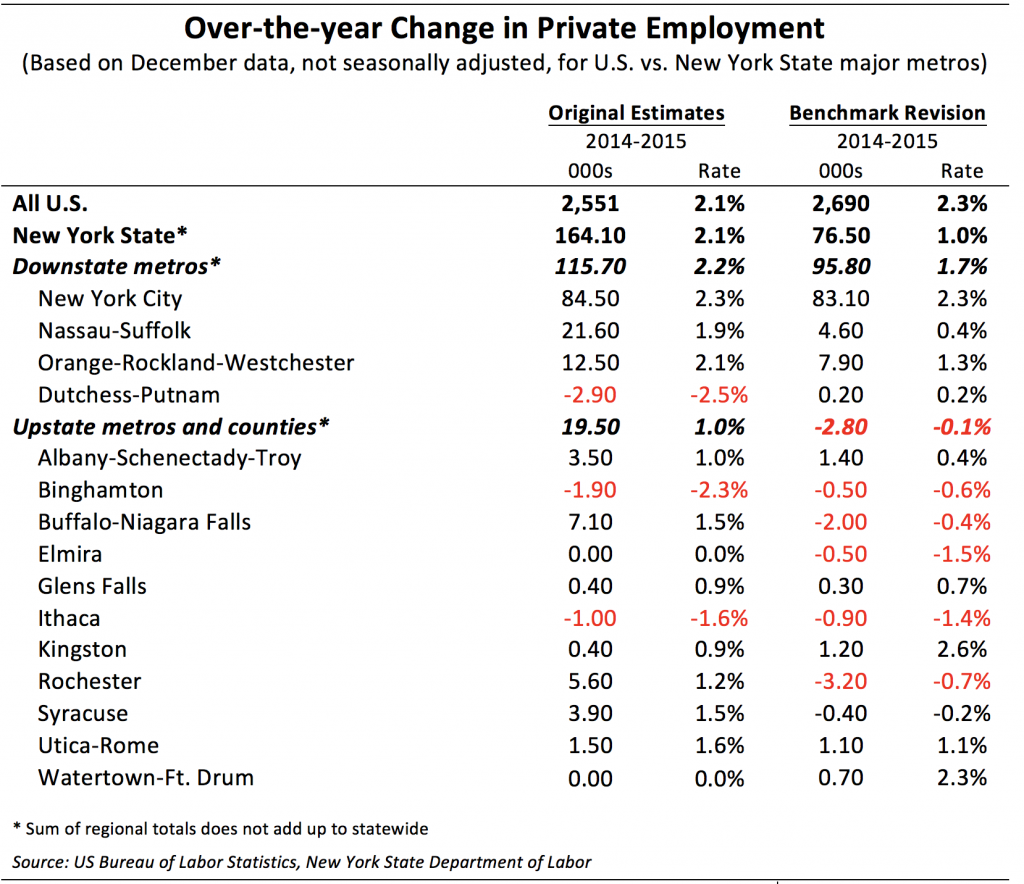 New York’s slow pace of year-to-year private employment growth continued in January, the Labor Department data showed. Statewide private employment as of January was up 114,000 jobs from the same month a year earlier—the smallest year-to-year January employment gain since 2008, just before the recession started.  All of those gains were downstate—predominantly New York City, which gained 107,000 private jobs on a year-to-year basis, as shown in last week’s DOL press release table below. The collective gains for upstate metro areas came to 6,400 jobs, an increase of 0.5 percent. 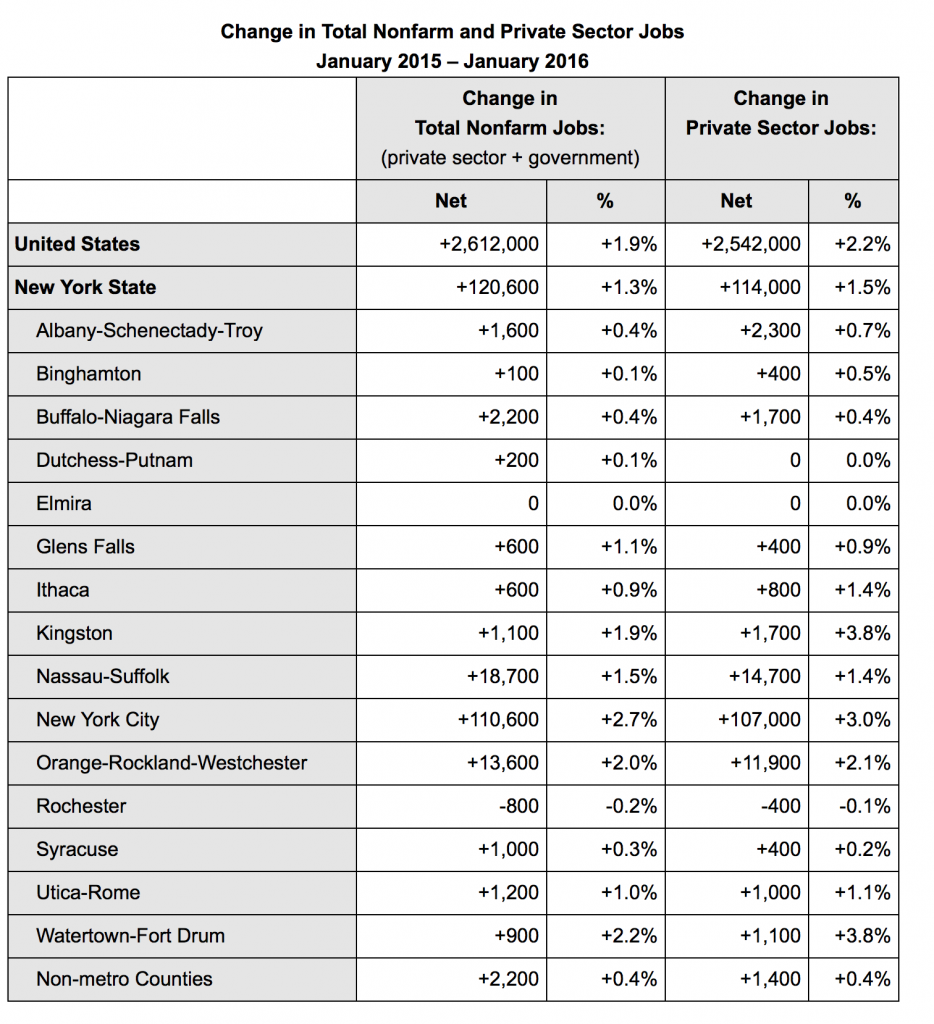 Due to differences between federal and state sampling and estimation methodologies, the regional metro area job totals seldom add up to the statewide total. However, in the wake of the latest revisions, there’s an especially large gap of 25 percent between the combined figures for the 15 metropolitans area listed above, which suggests a gain of 143,000 jobs, and the official statewide estimate of 114,000 more jobs on a year-to-year basis. The difference was not immediately explained in the state DOL data release.