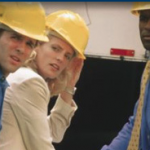 The rate of private sector job creation in major upstate metro areas remained very low during the 12-month period ending in March, according to the latest state labor statistics.

New York State as a whole gained 133,800 private jobs on a year-over-year basis—a 1.7 percent growth rate compared to the estimated national employment increase of 2.3 percent during the same period.

As shown below, among the biggest upstate metros, Buffalo’s employment gain of 2,600 jobs, a mediocre growth rate of 0.6 percent, was the largest gain. Rochester, meanwhile, actually experienced a drop in private employment. (Due to differences in federal and state employment estimation methodologies, the statewide net change and the sum of the metro area changes do not exactly match.) 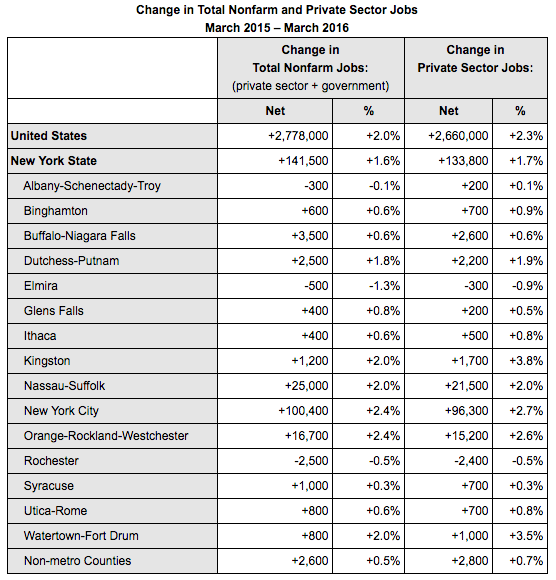