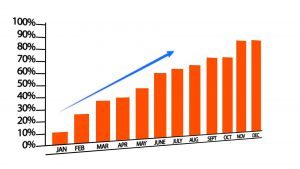 The double-digit premium hikes looming for non-group health insurance consumers in New York appear to be driven more by state and federal government policy than by the underlying cost of medical care.

In their recent filings with the state Department of Financial Services, health plans estimated that their claims would grow between 4 percent and 10 percent in the year ahead – for a weighted average of 6.2 percent.

Yet they’re proposing rate hikes that average 16.6 percent (see chart), which is more than double the medical trend. Plans attributed much of the remaining 10 points to other factors, including rising taxes, shifting regulation, and falling enrollment.

The rate requests for small group plans showed a similar but less dramatic pattern: The average medical trend was 8.7 percent, and the average premium increase was 11.5 percent.

The biggest non-medical factor cited by plans was a provision of President Barack Obama’s Affordable Care Act known as risk adjustment. Under this program, plans with younger and healthier customers within each state are required to transfer part of their revenue to plans with older and sicker customers.

In theory, the program is meant to discourage insurers from cherry-picking the less expensive customers. In practice, it has led to extraordinary costs for some companies. Long Island’s CareConnect, for example, reports that risk adjustment payments for 2016 equated to 49 percent of its small-group premiums and 17 percent of its individual premiums.

The program entails “scoring” the health condition of each insured customer. Younger companies like CareConnect and Oscar contend that this puts them at a disadvantage, because they have less data about their members than their bigger, more established competitors, such as UnitedHealthcare and its subsidiary, Oxford Health Insurance.

In response to these complaints, risk adjustment transfers for 2018 will be trimmed 14 percent by the federal Centers for Medicare & Medicaid Services, and another 26 percent by state officials at DFS.

However, risk adjustment is a zero-sum program. The combined 40 percent cut to the program will save money for companies on the paying end of the program, but also lower revenue by the same amount for plans on the receiving end – which, in theory at least, are serving a sicker, costlier group of people.

The outcomes of this cost shift varied widely. Hardest hit was HealthNow New York, which consists of BlueCross BlueShield of Western New York and BlueShield of Northeastern New York. It requested non-group rate hikes averaging 47 percent – the highest in the state – and blamed half of that amount on changes to risk adjustment.

On the other end of the spectrum, Fidelis Care said its reduced costs under risk adjustment lowered its proposed increase by 10 to 11 percent.

CareConnect said in its filing that it was “gratified” by the relief from DFS, but did not specify the effect on its rates.

Another factor in premium hikes mentioned by some plans was the return of a premium tax imposed by the ACA. Washington lawmakers suspended the levy during 2017. But barring further action, it’s due to return in 2018, adding a percentage point or two to premiums.

A third factor is declining enrollment in commercial coverage through the state’s Obamacare exchange, the New York State of Health. The number of New Yorkers who signed up for commercial individual coverage dropped 11 percent in the most recent enrollment period. This is likely due to competition from the state’s Essential Plan, which costs no more than $20 a month, and disenchantment with the rising premiums and growing deductibles of Obamacare.

As a result of this erosion, Fidelis – the largest provider of individual coverage on the exchange – projected that the remaining population would be 4 percent to 5 percent more expensive.

Several plans also singled out a subcomponent of the medical trend – the cost of prescription drugs – as one of their fastest-growing expenses. Excellus BlueCross BlueShield of Rochester projected its overall drug costs would jump 14 percent, including a 23 percent spike for cutting-edge specialty drugs used to treat cancer and other severe conditions:

Substantial savings have been achieved over the years with broad acceptance of competitively manufactured generic medicines. However, that trend of bringing down costs for consumers is being eclipsed by another trend having to do with the cost of brand drugs with patent protection and no generic alternatives.

The proposed rates affect about 350,000 New Yorkers who buy individual coverage (both on and off the exchange) and 1.1 million in state-regulated small groups of 100 employees or less.

About half of those buying individual coverage through the exchange are eligible for federal tax credits that would offset the impact of rate increases.

The requests are subject to approval by officials at DFS. The department dramatically reduced plans’ proposed rates in 2015 and 2016 but, with most plans losing money in the individual market, gave them most of what they asked for in 2017.