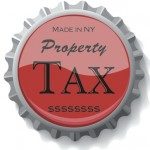 With just three work days remaining in the legislative session, a number of bills that would loosen the property-tax cap await consideration in both houses.

The most serious threats to the cap are measures that would fundamentally change its mechanics. They include a bill that would remove the inflation component of the cap (which allows it to drop below two percent following periods of low inflation), and bills that would eliminate the requirement that cap-busting school budgets get 60 percent approval.

Assembly bill 1166, sponsored by Assemblywoman Ellen Jaffee of Rockland County, eliminates the requirement for school districts to win approval from 60 percent of voters for budgets that raise taxes above the cap. The bill has 22 co-sponsors, from both the Democratic and Republican conferences. Another measure, by Assemblyman Phil Steck of Albany County, moves the supermajority override requirement to school boards instead of voters—meaning the typical board, with nine members, would only need to muster one additional vote to approve a tax levy overriding the cap. Neither bill has a same-as sponsor in the state Senate.

The supermajority requirement is the key to how the cap has restrained school budget growth since 2011. Taking it away would, for all intents and purposes, invite a return to the bad old days when simple majorities were needed to approve budgets–and when the average annual levy increase exceeded 8 percent in some years.

In school budgets approved last month, the majority of school districts planned to increase taxes right up to the maximum allowed without needing to get a supermajority to support it—suggesting that taxes in many districts would have climbed even higher if approval was only needed from a simple majority (50 percent plus one).

Another bill, sponsored by Senator Phil Boyle and Assemblywoman Michelle Schimel, would delink the cap from inflation data and institute a “hard” 2-percent cap—and essentially guarantee 2-percent tax increases every year. Right now, a school district’s cap is based on changes to the Consumer Price Index during the calendar year prior to the budget vote—reflecting the changes in the taxpayers’ ability to pay higher taxes in times of low wage growth.

A second Schimel bill, A9026, would extend the flat 2-percent limit to local governments as well as school districts, but it doesn’t have a Senate co-sponsor.

Other measures that would weaken the tax cap are under consideration in the Legislature, albeit with more limited impacts.

Since its enactment, lawmakers have proposed adding exceptions to the costs that wouldn’t be counted toward the cap, building upon a set of exclusions that were added by then-Assembly Speaker Sheldon Silver. Silver had insisted on exceptions for spikes in retirement costs (diluting the impetus for pension reform) and for large tort awards (ensuring that the cap wouldn’t stop trial lawyers from collecting judgements from local taxpayers).

Proposed new exclusions include costs related to school security, school resource officers, and, perhaps most expansively, “maintenance and repair” of school facilities. Another bill, which would allow districts to exempt from their cap calculations the cost increases due to minimum wage increases, already passed the Assembly in May 2015, albeit before the state charted its radical course to $15.

One bill introduced this week by the Senate Rules Committee would change the way payments in lieu of taxes get counted toward the size of the tax base, allow school districts to exempt their payments toward BOCES capital costs, and allows school budgets under the cap to pass with simple majorities, even if referendums added by voters ultimately push taxes over the cap. The first two components codify tweaks in tax-cap calculations that the Legislature had previously sought to have the state Tax and Finance commissioner make administratively, while the third responds to a rare scenario in which a school board’s efforts to remain under the cap are undermined by voter-initiated referendums (for example, this very issue played out in Suffolk County in 2014).

The referendum provisions could invite mischief by school boards who, with a wink and a nod, could remove popular programs from a budget and then encourage community members to petition them back on as a separate referendum—thus increasing the incentive for voters to turn out and override the cap, without running the risk of having the budget itself fail to win the necessary supermajority. And taken together, approval of the bill would signal a willingness to “lift the hood” on the tax cap, and invite more sweeping modifications sought by cap opponents.

Governor Andrew Cuomo, who holds veto power over any changes to the tax-cap law, has stood firm against making major modifications to the cap. But the number of cap-modifying bills—at least 25 bills—is a reminder of the ongoing effort by the New York State United Teachers (NYSUT), the state’s teachers union, to weaken or destroy the tax cap through legislation and litigation.