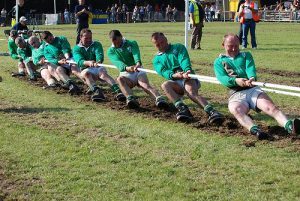 Legislation aimed at compelling health insurers to pass along their federal tax savings to policyholders whizzed through the state Senate on Monday by a bipartisan vote of 57 to 3.

The GOP-sponsored bill, S. 7587, is a pointed rebuke to Governor Andrew Cuomo, who is proposing to tax those same insurers in the name of claiming their corporate tax cut “windfall” for the state treasury.

The Republicans’ rejection of Cuomo’s tax hike is welcome. But their counterproposal tacitly buys into the governor’s wrongheaded framing—in that both parties are treating federal tax savings as a goodie for Albany to withhold or dish out, rather than the private property of private companies.

Existing state regulations, along with competitive pressures, assure that consumers will share much if not all of the insurers’ tax savings. Rather than trying to grab the money or dictate the outcome, lawmakers should let market forces do their work.

The tug-of-war between Cuomo and the Senate was triggered by the recently passed federal tax overhaul which, among other things, reduced the corporate tax rate by 14 points, from 35 percent to 21 percent.

While that cut affects all corporations—from real estate developers to fast-food chains to Walmart—Cuomo’s proposed tax increase would hit only for-profit health insurers.

He’s proposing to offset the federal cut by imposing a 14 percent surcharge on underwriting gains, which he expects to raise $140 million in the first year. It’s one of multiple of revenue-raisers, mostly aimed at the health-care industry, that Cuomo would use to help close a $4 billion budget gap.

This new surcharge would be piled on top of the state’s existing, heavy taxes on health insurance, which help give New York some of the highest premiums in the country.

The Senate bill, by contrast, seeks to compel insurers to transfer their tax savings to customers instead of the state.

The original language, as sponsored by Health Committee Chairman Kemp Hannon (R-Long Island), flatly directed that insurers’ entire tax savings “shall be returned to all policyholders.” As amended over the weekend, it would now order the Department of Financial Services (DFS), which regulates health premiums, to factor insurers’ tax savings into their actions on future rates.

State and federal laws already require insurers to spend a minimum percentage of their revenue on medical claims: 82 percent for non-group and small-group policies, 85 percent for large groups. If they see a bump in revenue from tax relief and fail to lower premiums, they could find themselves exceeding their “medical loss ratio” and owing refunds.

Secondly, DFS already considers the full range of financial factors in regulating premiums—and has not been shy about cutting requested rates, even for companies that are losing money.

Cuomo’s tax, meanwhile, raises fairness issues. His surcharge on underwriting gains would appear to affect only fully insured health plans, which are sold mainly to individuals and small businesses—the segments most likely to drop coverage over affordability issues. Large employers that self-insure would seem to be exempt.

In addition, a review of financial statements from 2016 suggests that the bulk of the tax burden would fall on two companies—UnitedHealthcare and its subsidiary, Oxford—and their hundreds of thousands of customers across the state.

Also unclear is why health insurers as a group should be singled out for further taxation when the federal tax cut benefits all corporations. Cuomo has linked his call for additional revenue to the threat of cuts to federal funding for Medicaid and other health programs. For the most part, however, those threats have not materialized—and the state’s overall federal health funding continues to climb.

So there’s good reason for Senate Republicans to reject Cuomo’s health insurance tax. But their alternative, as proposed, would add a superfluous layer of red tape while likely having little if any effect on premiums.