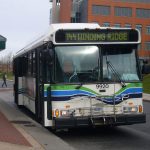 For most New York government unions and employers, there is no hard end point for collective bargaining, beyond a state-regulated fact-finding and arbitration process. But for some types of employees, the Legislature has given management and labor the ability to unilaterally take contract disputes to binding arbitration.

New York’s police and fire unions won the right to demand arbitration of contract impasses in 1974, and their average pay subsequently grew at roughly three times faster than that of other state and local government employees. That’s largely because the very threat of going to arbitration further tilts the tables away from management, giving rise, for one thing, to a handful of downstate police departments where average pay has topped $200,000 per year.

For transit employers, terms and conditions of employment ranging from work schedules to route assignments can be governed by contract terms. But arbitration panels often avoid wading into disputes over work rules, such as how overtime gets assigned or discipline procedures. Some panels fail to rule on anything beyond wages.

If this bill is signed, upstate transit authorities will have a harder time getting their unions to agree to changes needed to meet changing ridership patterns and technologies. If employers demand concessions, unions can respond (after perfunctory stalling) by pursuing raises through arbitration.

Binding arbitration is bad policy because it vests decision-making in unaccountable panelists instead of executives who ultimately answer to elected officials. For transit authorities, it’s an especially bad fit because their revenues come mainly from public subsidies, which are outside their control, or the fare box, where hikes result in fewer people being able to access service. Unlike the local governments that face binding arbitration with their police and fire unions, transit employers can’t just hike property taxes to pay for whatever award an arbitration panel cooks up. When the MTA voluntarily subjected itself to binding arbitration in 2009, the resulting award blew an estimated $400 million hole in its budget. Both taxpayers and riders ended up having to pay more.

The rationale, according to bill sponsors Senator Tim Kennedy (D-Buffalo) and Assemblyman Peter Abbate (D-Brooklyn), is that most “Metropolitan Transit [sic] Authority” employees already have the ability to seek arbitration if contract talks drag out. Failing to extend this privilege to upstate’s providers, they say, “creates a needless distinction between transit workers upstate and transit workers downstate.”

The sponsor’s memo falsely claims that binding arbitration had let New Yorkers “enjoy uninterrupted service in the MTA and NYCTA area since 1989″—as if the 2005 subway strike, which crippled New York City days before Christmas, never happened. When an earlier version of the bill was filed, with the same false claim, E.J. McMahon explained:

Sloppy bill memoranda riddled with inadequate and even misleading information are nothing new in the chronically dysfunctional state Legislature. But even by Albany standards, the Abbate memo is a whopper.

The bill had been filed each session since 2014, but it passed both houses for the first time this year. It passed the Senate June 6 without debate and with just four negative votes. Days later, as the bill was being debated in the Assembly, Abbate (who, remember, has sponsored the measure for years) was asked if he could explain why certain workers should have arbitration privileges. He responded:

No. The only thing I could explain is that as the Chair of our Government Employees, this bill was given to me by my Senate colleagues from in that area, and asking me that they think this would be a worthwhile cause.

Governor Cuomo has laid down a marker in vetoing bills that would give other employee groups access to binding arbitration. For instance, rejecting a 2015 bill to let certain MTA supervisors demand arbitration, the governor’s veto message noted “there is no evidence that the collective bargaining process has been insufficient to address the needs of these employees.” Cuomo also vetoed a 2017 push to give binding arbitration privileges to state Power Authority employees, writing “unnecessarily ceding a final decision over compensation and benefits to a third party will result in a loss of oversight and control for all involved parties.”

None of the roughly 25 bargaining units at upstate transit authorities have had major difficulty reaching contract agreements in recent years. In fact, none have needed to so much as invoke state “fact-finding” assistance. New York began offering binding arbitration to certain unions specifically to reduce the risk of strikes, but none of the four operators have faced union strikes in recent decades, and two—Albany-area CDTA and Buffalo-area NFTA—have never experienced strikes.

Absent even the appearance of a compelling public interest, giving binding arbitration privileges to unions mainly representing not just drivers but also those transit organizations’ office staffs would open the door to other unions demanding the same special treatment—and further erode public accountability where they succeed.

The more transit services can respond to rider demand, offer new routes in upstate suburbs, and keep down fares, the less likely people are to drive their own vehicles. Binding arbitration presents a substantial artificial obstacle.

The state Climate Leadership and Climate Protection Act signed by Cuomo in July sets a goal of cutting greenhouse gas emissions, of which the transportation sector is the largest single source, by a third by 2030. Slashing the tires on one of the mechanisms the state needs to get there would be a mistake.