In a turnabout from recent trends, downstate New York’s population decreased twice as fast as upstate’s last year, according to the latest Census Bureau annual estimates.

To see where they are going, check out our analysis of federal tax data.

During the 12-month period ending last July 1, the 50 counties of upstate New York lost another 8,719 residents, a decrease of 0.14 percent, while the downstate region (New York City, Long Island and the lower Hudson Valley) lost a combined total of 39,791 people, or 0.30 percent. Virtually all of that decline occurred in New York City, accounting for the bulk of the state’s net population decrease of 48,510 in 2017-18. 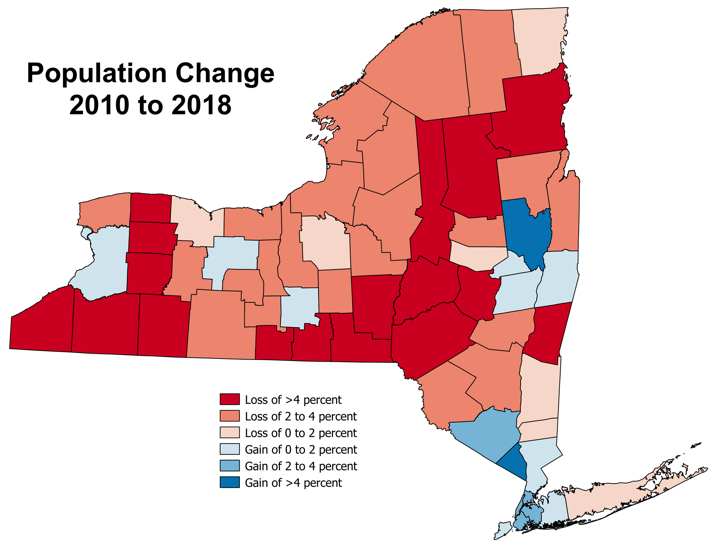 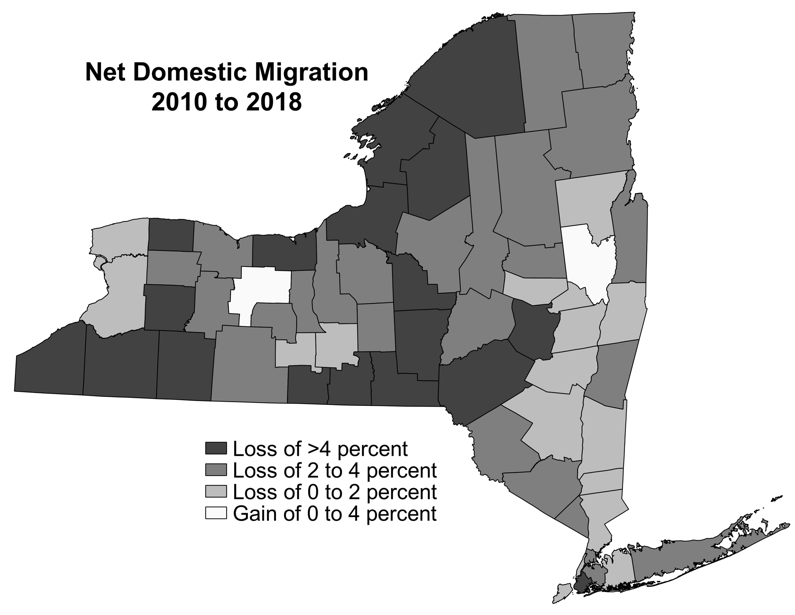