New York continues to lead the nation in net outflow of residents to other states.

During the 12 months ending last July 1, 180,306 more residents moved out of New York State than moved in from the rest of the country, according to the U.S. Census Bureau’s annual update of population estimates. Largely due to this migration trend, New York was one of only nine states to experience a population decline during this period. The Census Bureau now estimates that New York State’s population has dropped by 119,202 since 2015.

New York’s total “net domestic migration” loss since the 2010 census is now estimated at 1,197,600 residents—by far the largest such decrease of any state in absolute terms, and second only to Alaska as a percentage of estimated population at the start of the decade. New York also attracted 70,375 immigrants from other countries 2017-18, ranking fourth behind Florida, California and Texas, bringing the Empire State’s combined net migration loss in the latest year to 109,931 people. Since the last decennial census, only Alaska and Illinois have had bigger net migration losses as a share of their 2010 populations.

New York was credited last year with a births-over-deaths “natural increase” in population of 61,371 people, trailing only California and Texas. However, due mainly to its large net domestic migration loss, the adjusted estimate of New York’s total population was down by 48,510, or 0.2 percent, to 19,378,012.  The total estimated U.S. population of 327,167,434 was up about 0.6 percent.

Eight-year migration data for all 50 states are detailed below. 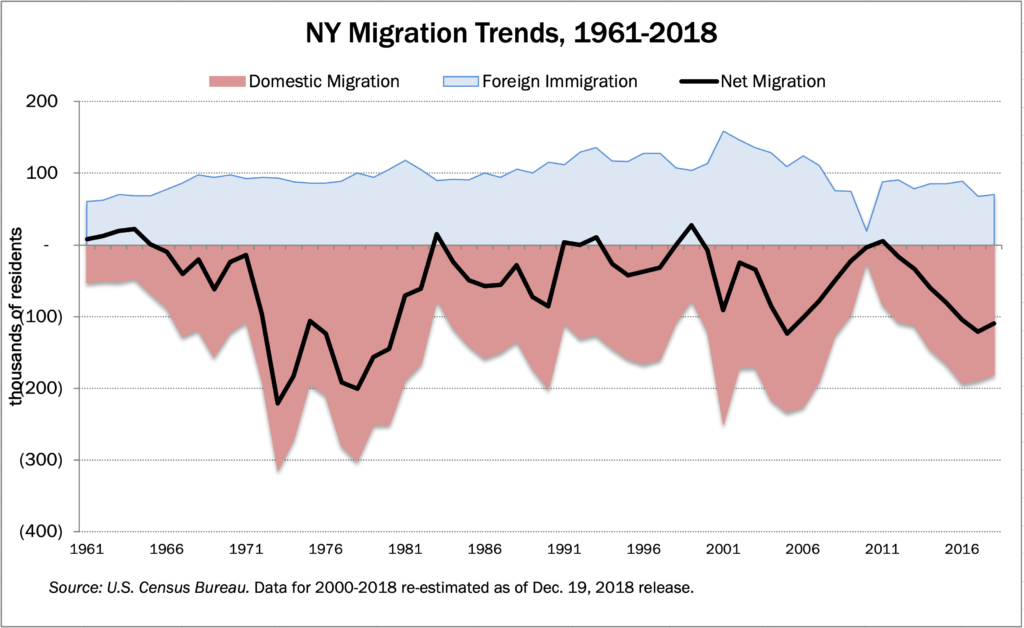 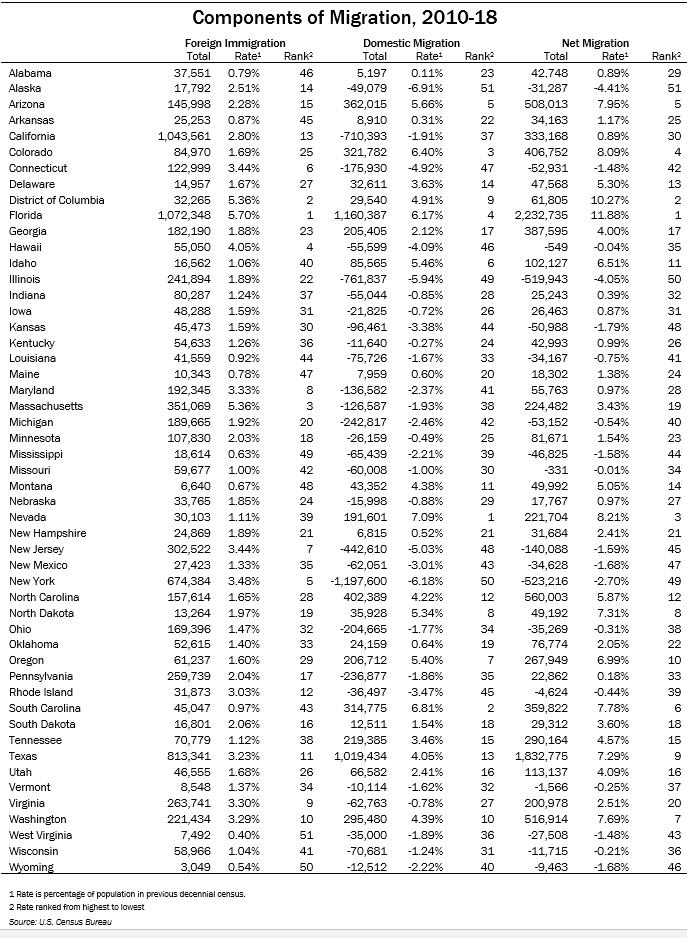