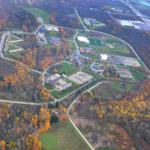 The state subsidy package for a just-announced $1.5 billion chip fab plant outside Utica includes a sweet giveaway that will drive up the project price tag—at taxpayer expense—to give an edge to union contractors.

Cree, Inc., a Durham, NC-based semiconductor manufacturer, has “agreed” to voluntarily be “subject to the prevailing wage requirement” in constructing a silicon carbide fab on SUNY Polytechnic Institute’s Marcy campus, according to a passage buried in the press release from Governor Andrew Cuomo.

That agreement no doubt was greased by a $500 million state capital grant to help underwrite construction costs—which, in turn, will add to a growing, multi-billion dollar pool of tax-backed bond proceeds administered by the Empire State Development Corp. In other words, it’s borrowed money—shifting part of the cost for the gift to this private company to future taxpayers.

The prevailing wage law, Section 220 of state Labor Law, requires contractors on public works projects—generally infrastructure and buildings owned by the state and local governments—to abide by all the compensation terms set in local union contracts. “Prevailing wage” is a misnomer, however, since the contract terms imposed by Section 220 are neither truly prevailing, since unions represent barely one-fifth of New York construction workers, nor limited to the “wage,” since the mandated compensation levels include health insurance, pension and supplemental benefits. Section 220 also effectively grafts union job title limitations and work rules onto covered projects, eroding productivity.

Section 220 has been estimated to add at least 14 percent to project labor costs in Central New York—which, on a project the size of Cree’s 480,000 square foot chip fab, could easily range from $50 million to $100 million added dollars. And that’s likely where the $500 million capital grant comes in: Cree, which would never voluntarily inflate construction costs to indulge unions, has agreed to the Section 220 mandate because the taxpayers are picking up enough of the tab.

This isn’t the first time Cuomo has dangled public funds to secure Section 220 work for unions: his abortive attempt to woo Amazon to Long Island City in Queens included an almost-identical $505 million grant, seemingly tailor-made to subsidize the company’s added cost of hiring the governor’s allies in the unionized building trades sector.

To the extent Section 220-mandated compensation is higher than the norm among construction workers, it doesn’t even flow directly into workers’ pockets. For example, for a laborer in the Utica region, half of the Section 220-dictated “wage” of $46 would be diverted into benefit funds.

As E.J. McMahon noted in this space a few weeks ago, updating a key point in the Empire Center’s 2017 “Prevailing Waste” report, many construction union pension funds are dangerously underfunded. They need larger contributions from union paychecks, and are pushing up Section 220 mandate public works wages as a result.

That’s a big part of why union executives are begging state officials to force more builders to pay it.