Further evidence of the massive damage done to New York’s economy by the coronavirus pandemic shutdown has emerged in the latest gross domestic product (GDP) data from the federal Commerce Department’s Bureau of Economic Affairs.

Seasonally adjusted at annual rates, New York State’s second-quarter GDP crashed 36.3 percent—easily the biggest drop on record, among the biggest decreases in any state, and considerably worse than the 31.4 percent decrease in national GDP during the same period, according to BEA estimates released today. New York’s economic performance ranked 44th out of 50 states, as shown on the BEA’s map (below). 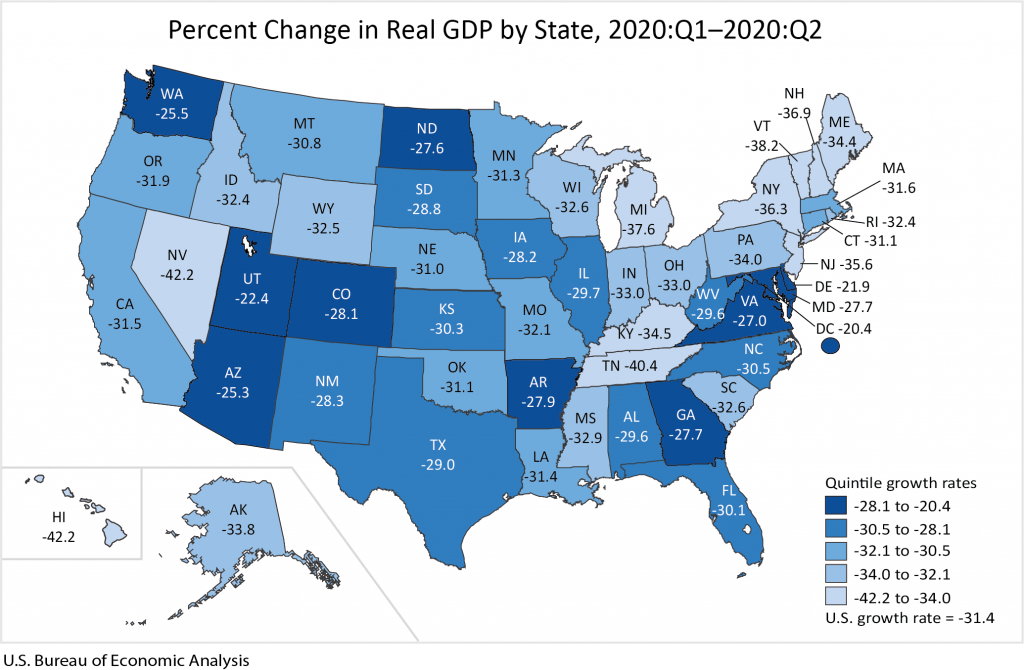 Consistent with trends previously reflected in state and federal jobs data, New York’s economic decline from April through June was concentrated in three sectors: accommodation and food services, arts entertainment and recreation, and retail trade. The loss of business in these three industries accounted for fully one-third of New York’s GDP drop, compared to just over one-quarter of the decrease in GDP nationally.

New York also experienced an outsized decline in two of its highest-earning sectors: professional, scientific and technical services (which includes professions such as law and accounting), and administrative and support (which includes corporate management). Together, these sectors accounted for another 16 percent of the GDP drop, compared to 12 percent of the national decline.

The new GDP figures also included an adjustment to the annual state GDP estimates for 2019. New York’s GDP increase for last year was adjusted slightly downward, to 1.6 percent, compared to a national GDP growth of 2.2 percent. This ranked New York in the middle of the pack among the 50 states.

As shown below, New York’s annual GDP growth fell short of the national total in five of the last seven years, and six of the last 10 years. 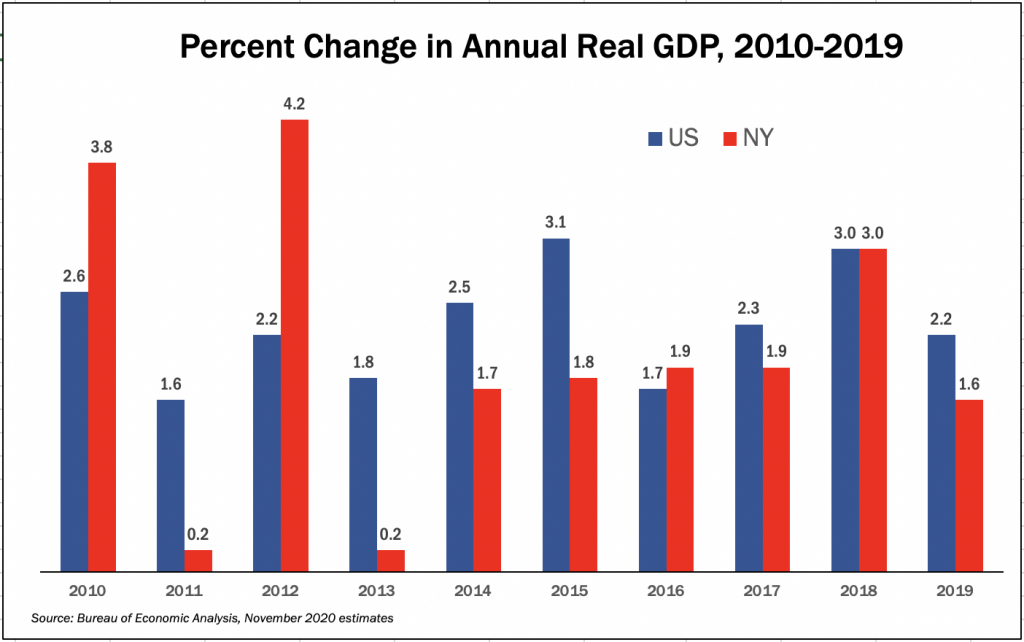