“The Fund remains one of the strongest in the U.S.,” DiNapoli said. “We’ve come through one of the toughest recessions in modern times, and now the Fund is well positioned to benefit from the national economic recovery we hope is taking hold. We’re not all the way back yet, and as we’ve seen in recent weeks, there are still challenges in the marketplace. But our foundation is strong. We’re moving in the right direction.”

In fact, even after that gain, the pension fund as of March 31 was nearly $56 billion below the level it would have attained if it had achieved its 8 percent target rate of return for the past five years.  The blue line in the chart below shows returns at the targeted rate; the red line shows actual returns, including the fiscal 2009-10 gain the comptroller is boasting about. 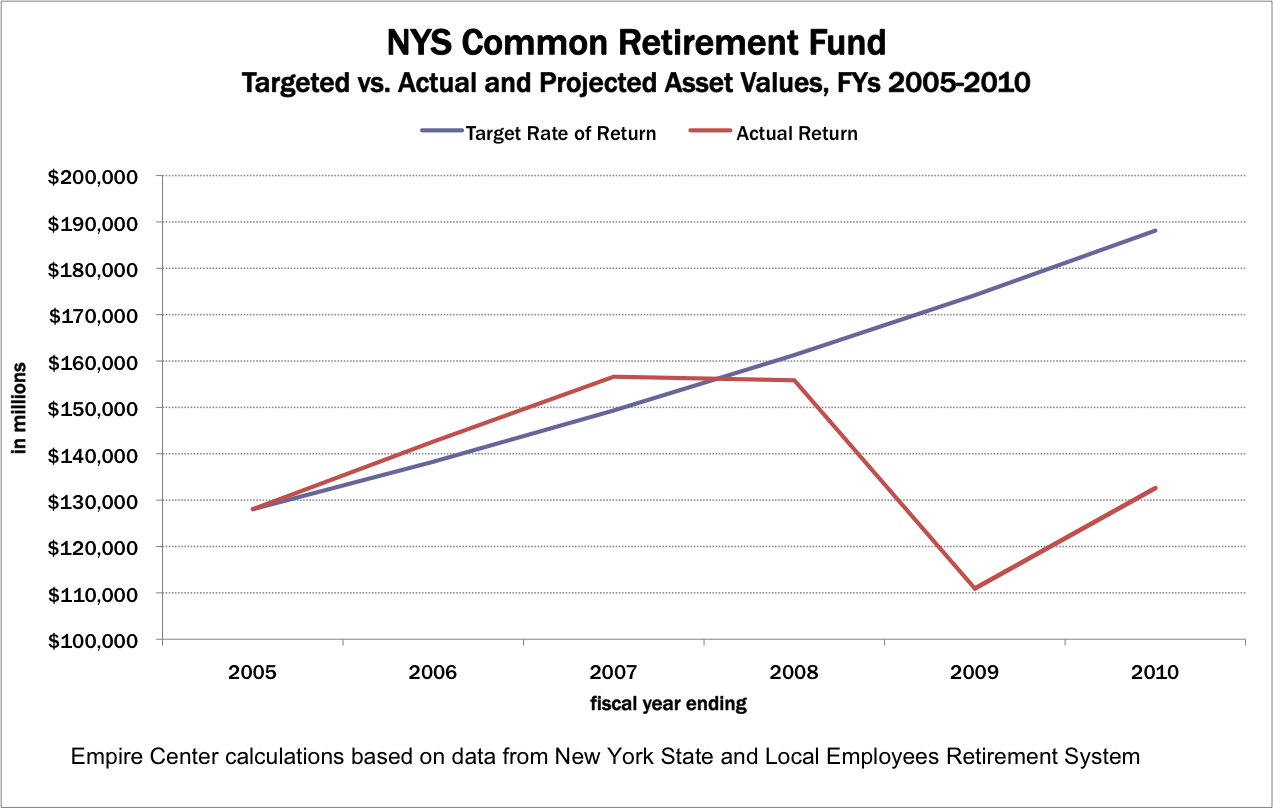 As for those marketplace “challenges” DiNapoli mentioned: since March 31, the Dow Jones Industrial average is down 8 percent, while the S&P 500 has dropped 8.6 percent.

Contributions from employers — i.e., taxpayers — will need to rise sharply in the coming years to make up for the pension fund’s shortfall.  DiNapoli’s release didn’t get into that, either.   But the following chart, derived from estimates in the 2010-11 Executive Budget, shows what the state Division of the Budget thinks is coming. 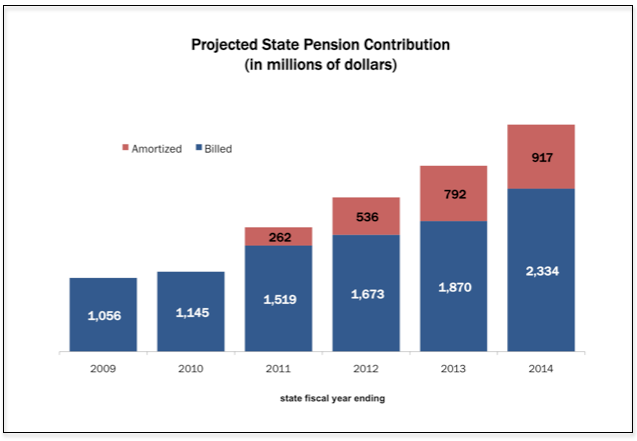 The red portion of the bar indicates the portion of projected pension contributions that the Paterson administration plans to “amortize” — i.e., borrow from the fund, by spreading over a 10-year period.