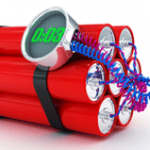 The Empire State’s largest public pension plan still has not fully recovered from the financial crisis and Great Recession of 2008-09, a new report from the state comptroller’s office confirms.

The New York State and Local Retirement System (NYSLRS), which covers all state, county and municipal workers outside New York City, ended its 2016 fiscal year with a long-term funding shortfall (i.e., liabilities minus assets) of $12.4 billion to $19.5 billion, depending on which actuarial method is used to calculate the difference between pension assets and liabilities. Those numbers translate into funded ratios of 93.9 percent or 90.6 percent, respectively.

You’ll find these numbers on page 5 of NYSLRS’ latest Annual Report to the Comptroller on Actuarial Assumptions. But don’t bother looking for them in today’s press release from NYSLRS’ sole trustee, Comptroller Thomas DiNapoli, who unsurprisingly focuses solely on the next projected change in taxpayer-funded contribution rates. For the first time in four years, average taxpayer-funded contribution rates won’t be going down. Rather, as DiNapoli put it, they “will stay virtually the same in Fiscal Year 2017-18 compared to Fiscal Year 2016-17.”

“After three years of rate reductions, pension contribution rates will remain stable for our participating employers in the near-term,” DiNapoli said. “While the financial markets have been volatile, our pension fund remains one of the strongest and best funded in the country, allowing New York’s public workforce to retire with the knowledge that their pensions are secure.”

The actuarial report shows that, in fiscal 2016, NYSLRS’ long-term liability for pension benefits grew by at least $6.5 billion, topping $200 billion for the first time. Figured on the same basis, the pension fund’s long-term liability 15 years ago was less than half as large, at $98 billion.

Keep in mind that those numbers are based on permissive government accounting standards, which allow all public pension funds to “discount” (i.e., reducing, in current terms) the dollar value of future liabilities based on assumed investment earnings, which for NYSLRS are pegged at 7 percent a year. Corporate pensions must use much lower discount rates reflecting the actual expected return on low-risk government bonds, which in turn requires them to contribute more to pensions as a percentage of employee salaries. If NYSLRS liabilities were valued in line with standards favored by most private-sector actuaries and economists, the funded ratio would be well below 90 percent.

If pension liabilities are growing steadily, how can DiNapoli hold employer contribution rates roughly level after a year of no investment gains?  The actuarial report chalks it up mainly to two factors: First, because the system (like most government counterparts) “smooths” the impact of its annual investment returns over a five-year period, it is still benefitting from a 13 percent investment gain in 2014. Second, newly hired employees assigned to Tier 6, the pension plan enacted under Governor Cuomo four years ago, have somewhat less expensive retirement plans.

Another story buried in the actuarial data: It turns out that (as shown on page 4 of the report) police and firefighter salary increases last year actually averaged 7.2 percent, compared to the 4.7 percent expected under actuarial assumptions. The pension plan’s salary assumption for all other employers was much closer to the mark, with an actual gain of 3.7 percent compared to expected raises of 3.8 percent.

And so, says the report:

In a nutshell, the impact of the FY 2014 investment performance and the new entrant gains due to the growth in the number of less expensive tier 6 members more than offset the FY 2016 investment performance. Actual ERS salary increases for full timers was very near the expected value, so ERS nets a small reduction. PFRS salary increases for full timers was greater than expected, so PFRS did not net a small reduction.

The longer-term story is sobering. As shown in this chart from the comptroller’s office, NYSLRS contribution rates as a percentage of payroll remain significantly higher than they were from the late 1980s until the Great Recession.  Think of this as the new norm—or the return of an old norm. The late 1980s also marks the beginning of the period in which the vast majority of current state and local officials first took office—which perhaps helps to explain why so many of them were (or still are) unprepared to deal with a world in which generous, guaranteed retirement benefits for public employees actually cost something.

Again, keep in mind that if these pensions were valued and funded on a more conservative basis, reflecting the risk-free nature of the constitutionally guaranteed promise made to public employees, contributions would be considerably higher. And, in fact, should be, to reduce the risk exposure of the public in general.

Bottom line: even as a somewhat cheaper tier of employees joins the workforce, New York State and its local governments will never again receive a pension contribution bill in low digits for ERS members, or low teens at worst for cops and firefighters. Indeed, given the extent to which stock prices are now propped up by near-zero interest rates—which can’t last forever—and given the real possibility of a recession sooner rather than later in the next few years, the contribution rates are more likely to rise again before the decade is over.