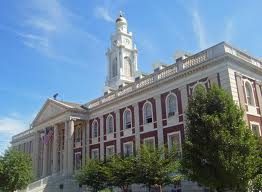 The budgetary problems of bigger New York localities, such as Yonkers, tend to dominate the headlines — but contenders for the dubious distinction of most financially troubled municipality in the Empire State would also include Schenectady.

As reported yesterday in the Sunday Gazette, the Capital Region city of 66,135 has been paying interest but little principal on short-term bond anticipation notes (BANs) first issued in 2009 to finance a new $20 million public works building.

The city has rolled over the BANs four times, a routine it can’t continue indefinitely. As the Gazette reports [behind a paywall]:

In the following three years, the inteerst rate will also increase on another $20 million in city debt, leaving Schenectady with even higher payments — possibly more than $1.6 million a year.

Although the newspaper article did not mention it, Schenectady has a total of $61 million in short-term notes outstanding, a little over half of which relates to capital spending since 2010, so its ultimate exposure to higher long-term interest rates is greater than the story suggests.

As reported in the Gazette, Schenectady’s city government also faces “an immediate deficit that may be as high as $5 million” for 2013. Mayor Gary McCarthy reportedly hopes to temporarily plug the gap with a sale of unpaid tax liens — which would merely push the problem forward one more year.

If the numbers in the Gazette article are correct, the cost of permanently balancing the city budget and converting the short-term debt on the public works building into long-term bonds without deep budget cuts would require the equivalent of a 20 percent increase the city’s current tax levy.  But Schenectady can’t afford to raise taxes any further.  Including its separately governed school district, as shown in this report, the city’s property owners already shoulder one the highest effective property tax rates of any locality in New York — a combined $40.75 per $1,000 of market value — which is a big reason why you can buy a lovely mansion in the city’s historic GE Realty Plot for the price of a (cheap) Manhattan studio apartment.

As of 2010, Schenectady’s municipal debt of $1,452 per capita was 14 percent above the average for medium-sized New York cities and 26th highest among all 61 cities in the state, according to data at Benchmarking NY.  The city has used up only half its constitutional debt limit — but outside that limit, it also owes nearly twice as much to its current and retired employees, in the form of a $191 million unfunded liability for other post-employment benefits (OPEB), which comes to $2,896 per capita. The school district’s OPEB liability is similarly large, bringing the total value of Schenectady’s retiree health care promises to $12,628 per household, or more than $5,000 per capita.  Schenectady is not alone in this respect; other cities in New York have similarly large or even larger retiree health care liabilities, as documented by the Empire Center in its recently updated “Iceberg Ahead” report.

The Albany Times Union recently reported that Schenectady’s rainy day fund has dwindled to $75,000, which is less than one percent of its $79 million budget.  Yet Mayor McCarthy has seemed to downplay the severity of the problem. The Times Union quoted him as follows: “We’re not in as bad a shape as some people would say. But we’re an urban city in the state of New York, and we’re not in good shape.”

As the Gazette reports, “City Council members are afraid the financial situation will lead Moody’s Investors Service to downgrade their credit rating this year.”

You think so, huh?