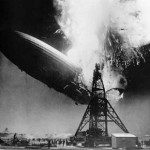 The ECB’s “warning” was meant as an inside-the-Albany-bubble scare tactic, but for most New Yorkers, it’s good news: further confirmation that the tax cap is working exactly as intended.

The cap is pegged at the lesser of 2 percent, or the inflation rate, not including debt service on voter-approved capital projects or revenues generated by physical additions to the local tax base. Current trends suggest that the consumer price index (CPI) may not increase at all in 2015, which would mean the starting point for calculating 2016-17 school tax increases will be an actual, hard freeze.

The growth allowed under the tax cap is designed to reflect taxpayers’ ability to pay, not government’s “need” to spend. A relatively static CPI indicates that taxpayers don’t have much more money in their pockets this year than last year.

The cap itself, by the way, is nothing more than the amount of money that school districts and local governments may collect without having to pass a higher standard, and that standard, an override by 60 percent of voters or governing board members, is not insurmountable. In fact, at least 83 overrides, some in the same district, had taken place before this year, when 11 out of 18 override proposals were approved.

If the tax cap really were “depriv[ing] children of the opportunity to receive a sound, basic education,” as the ECB claimed, winning over an additional 10 percent of voters—in elections with infamously low turnout—shouldn’t be a heavy lift.

In fact, school aid has increased by more than $3 billion on a fiscal year basis since the enactment of the cap. On a school year basis, the state school aid increase for 2015-16 alone comes to $1.4 billion, or 6.1 percent, which is fully 12 times the Budget Division’s projected inflation rate of 0.5 percent for state fiscal year 2015-16.  In the three years after that, Cuomo’s enacted budget financial plan projects that school aid will increase by an annual average of 4.6 percent—more than double the 2 percent inflation rate assumed for that period by the Congressional Budget Office.

Yet in the view of the ECB, even this is not enough. When it comes to New York’s public schools, already by far the best-funded in the country, there’s apparently no such thing as enough. Ever.

Which is why the tax cap was needed in the first place.

Meanwhile, local government groups proposed a separate set of changes to the tax cap. One such change would exempt capital projects from the local government tax cap, as it is for school districts. There’s one problem: school districts’ capital projects are exempted because they receive approval by taxpayers via referendum; those of towns, cities, villages and counties do not.

The local government advocates, to their credit, correctly point to the continued need for mandate relief, though their letter to Senate Majority Leader John Flanagan omits the 800-pound gorillas: the Triborough amendment and pension costs.

Both the schools and the local governments have called for eliminating the CPI measure and fixing the tax cap at 2 percent, which would all but guarantee annual increases of at least 2 percent, even in the absence of inflation.

The property tax cap has done a tremendous job of slowing down the growth of property taxes—especially school taxes—but New York still has a lot of work ahead if it’s going to shake its high-tax reputation. Poking holes in the cap will make it take even longer.