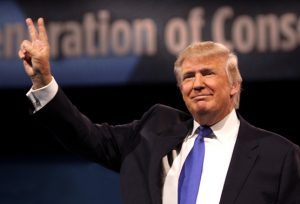 As happens so often in health policy, New York has more to lose than almost any other state.

In the rest of the country, it’s insurance companies that stand to forfeit money if Trump follows through on his threat. In New York, state government would take most of the hit.

The end of the cost-sharing subsidies would open an almost $1 billion hole in the budget of the state-operated Essential Plan, an optional benefit under Obamacare that was exercised only by New York and Minnesota.

The Cuomo administration would face a choice between backfilling the lost federal funds with state dollars or shutting down a fast-growing health plan that covers 665,000 low-income New Yorkers.

In another wrinkle, New York–because of its unusual structure–also stands to be denied a counterbalancing increase in federal premium tax credits that would soften the blow for low-income consumers in other states.

The ACA requires health plans to offer reduced copayments and deductibles for customers under 250 percent of the federal poverty level, and CSR subsidies compensate them for the cost of those discounts. The price tag for federal taxpayers in 2017 is about $7 billion.

In 2014, House Republicans sued to block the payments on grounds that the money was never properly appropriated by Congress, and won a first round in federal court. With the case on appeal, the funding has continued to flow. However, Trump has repeatedly suggested that he will drop the appeal and cut off the payments as a way of pressuring Democrats to compromise on replacing Obamacare.

In most states, the CSR money flows directly to health plans who participate in Obamacare exchanges. Although the program is disparaged by critics as a “bailout,” health plans are legally obliged to offer discounted copayments and deductibles to their lower-income customers whether they get the CSR money or not. If it goes away, they will have little choice but to make up the loss by raising premiums on all customers – or quit the exchanges altogether.

In New York, however, most of the CSR money flows into the state budget, where it’s used to finance the Essential Plan.

The Essential Plan is available to people between 138 percent and 250 percent of the federal poverty level, which is just above the normal income-eligibility level for Medicaid. Instead of signing up for subsidized commercial insurance through ACA exchanges, Essential Plan enrollees receive state-sponsored coverage at a charge of either $0 or $20 a month, depending on income. In return, the state collects 95 percent of the federal subsidies those enrollees otherwise would have been entitled to – including both CSR payments and premium tax credits.

According to the state Budget Division, CSR payments constitute about 25 percent of the Essential Plan’s funding, or $925 million this year.

In other states, it’s projected that the end of CSR would trigger premium hikes averaging 19 percent for non-group health plans offered on Obamacare exchanges – likely causing more Americans to drop coverage and more insurance companies to withdraw from the market.

However, consumers who qualify for ACA tax credits (with incomes below 400 percent of the poverty level) would be protected, because the credits would automatically expand to cover increased premiums. In fact, the Kaiser Family Foundation estimates that the additional cost for the federal government would be 23 percent higher than the savings on CSR.

In New York, by contrast, most consumers who qualify for cost-sharing are enrolled in the Essential Plan, so the end of the program would have relatively little effect on commercial premiums. Based on recent filings by health plans, the Department of Financial Services has estimated that the loss of cost-sharing would increase premiums by an average of just 1.3 percent.

But federal funding for the Essential Plan is based on the amount of subsidies enrollees would have received if they had signed up for the second-lowest cost silver-level commercial plan available in their region. If premiums for those commercial plans stay flat, the state would see little or no increase in tax-credit funding to offset the loss of cost-sharing subsidies.

It’s unclear that a presidential decision to halt cost-sharing payments would ultimately hold up in court, but it’s also uncertain that payments would continue while the case is litigated.

The Cuomo administration launched the Essential Plan, in part, to save money on health coverage for legally present immigrants. The residents in question are entitled to Medicaid coverage under state court rulings, but ineligible for federal Medicaid funding (mostly because they have been in the country less than five years). By shifting some 250,000 such immigrants out of Medicaid (where the state paid 100 percent of the cost) into the Essential Plan (which is 90 percent federally funded), the state has realized a net savings of about $850 million.

The program has crowded out commercial insurance on New York’s Obamacare exchange, and arguably contributed to rising premiums for those private plans. But its low costs for eligible consumers have made it popular, and it represents a big share of New York’s overall gain in insurance coverage since 2013.

However, if the ACA’s cost-sharing program ends, whether by congressional vote or presidential order, the Essential Plan deal might prove too good to last.