As the economy continued its slow post-pandemic reopening, New York State continued to slowly regain jobs—but preliminary data indicate there was no improvement in the state’s unemployment rate in July.

The Empire State’s private sector payroll job count in July was down 1.18 million jobs, or 14.2 percent, from the same month a year earlier, according to the latest monthly jobs report from the state Labor Department. Nationally, by comparison, private employment was about 10.6 million jobs, or 8.2 percent, below the July 2019 level.

On a monthly basis, New York gained 244,200 jobs in July compared to June, a growth rate of 3.6 percent that the monthly Labor Department press release touted as outstripping the national estimated job growth of just 1.3 percent last month. But New York’s July improvement also represented a slight slowdown from June, when the state added 296,400 jobs, a growth rate of 4.5 percent.

The preliminary, seasonally adjusted estimate of New York’s statewide unemployment rate in July was 15.9 percent, well above the national rate of 10.2 percent. The estimated jobless rate nationally went down almost a full point from the June level of 11.1 percent while New York’s was virtually unchanged (up a statistically insignificant 0.3 percent), mainly because the estimated unemployment rate rose in the rest of the state more than it dropped in New York City. A year ago, New York’s statewide jobless rate stood at just 3.9 percent. 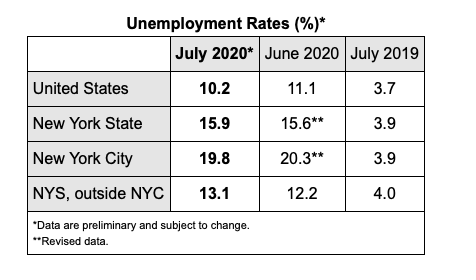 On a regional basis, the employment picture has a familiar pattern, with job losses concentrated in the COVID-19 outbreak hotspot of New York City and its suburban counties. 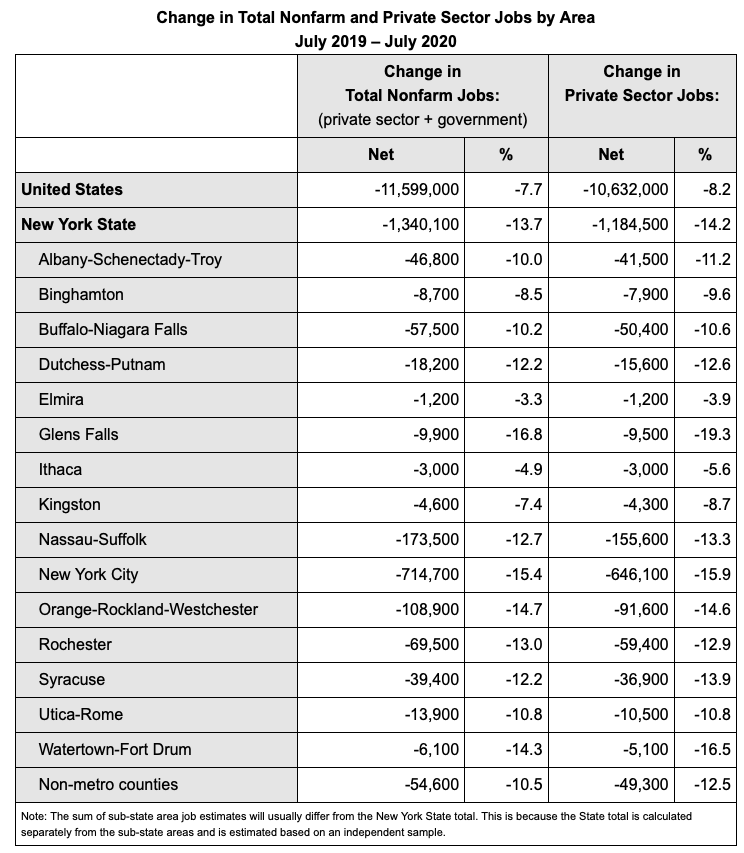 On a seasonally adjusted basis, statewide private employment has barely recovered to the January 2000 level, as illustrated by the Labor Department chart below. 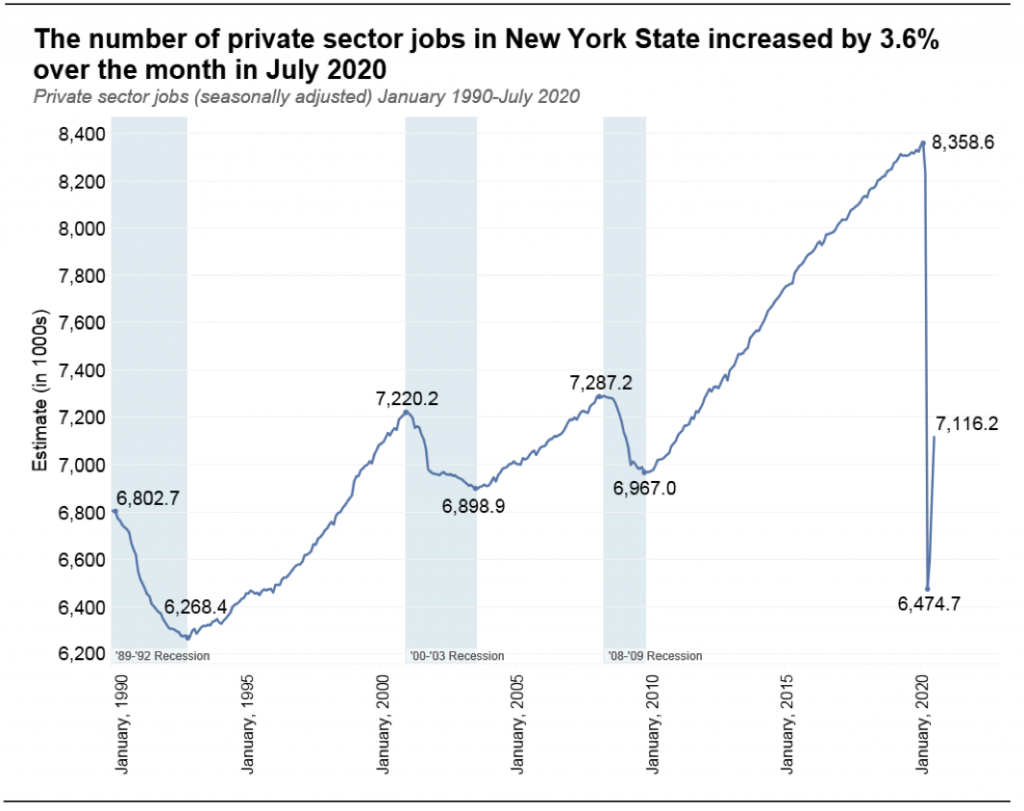