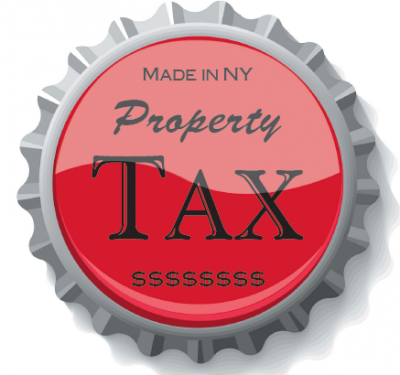 To no one’s surprise, the statewide teachers’ union today filed suit to overturn New York’s local property tax cap. NYSUT has enlisted some parents of school children as co-plaintiffs, but the chief motive here is obvious: the tax cap is likely to limit future increases in teacher compensation, which is by far the largest category of local school expenditures.

The union’s case looks pretty weak. Indeed, what NYSUT has concocted here really boils down to yet another constitutional challenge to New York’s school finance system — in this case, the long-standing requirement for voter approval of school budgets and taxes outside major cities. The tax cap is almost incidental to this.

NYSUT’s case emphasizes “funding inequities.”  However, in rulings dating back to the Levittowncase of 1982, the state Court of Appeals has refused to strike down New York’s prevailing school finance policies on “equity” grounds.  The Campaign for Fiscal Equity (CFE) decision, cited in NYSUT’s main argument, was about funding “adequacy,” not equity.

The suit ultimately hinges on NYSUT’s challenge to the requirement for a 60 percent vote to override the cap. If the supermajority provision is found constitutional, the union’s other main arguments are fatally weakened.

Here’s a rundown of the seven causes of action listed in NYSUT’s 50-page Summons and Complaint, followed by my own initial comebacks.

1. “[I]n violation of the Education Article of the New York State Constitution and the equal protection provisions of the State and United States Constitution, the tax cap deprives school children of equal educational opportunity by perpetuating and expanding the gross inequalities in funding among school districts. This is because the tax cap, absent a supermajority vote of a school district’s qualified voters, prohibits a school board from increasing a tax levy by more than the rate of inflation or 2%, whichever is less. This disproportionately and negatively impacts on the ability of lower wealth districts to provide educational opportunity to their school children.”

The tax cap simply increases the degree of difficulty that school districts face in raising taxes above a certain amount. But the cap is not insurmountable. In last year’s school votes, the first round to be affected by the new limit, while the vast majority of school districts stayed beneath the cap, 30 won approval of overrides on their first attempt. Only two of nearly 700 school districts were unable to pass a budget and thus were required to hold tax levy increases to zero. Indeed, even before the cap took effect, the vast majority of school budgets statewide were approved by majorities exceeding 60 percent.

2. “[T]he tax cap violates the education article (of the Constitution) by impairing the right of plaintiff taxpayers and of school boards, to substantially control their school district finances. “

It can just as easily be argued that the tax cap law gives taxpayers more direct control over school finances than they had under the previous law, which effectively mandated a “contingency budget” increase of up to 4 percent even if voters rejected a proposed spending and tax increase.

3. “The tax cap [violates equal protection provisions of the Constitution] because it arbitrarily and discriminatorily impairs the right of school boards and their voters to provide educational funding.”

Another version of causes 1 and 2.  ’Nuff said.

So what else is new? The allegedly “unequal” treatment of school budgets (which require voter approval) and other local government budgets (which don’t) has existed for decades in New York State. Again, NYSUT’s argument here is really with the state’s basic system of education finance, and only incidentally with the tax cap.

5. “The tax cap violates platinffs’ fundamental right to vote” because the requirement for 60 percent approval of a tax hike above the cap “undemocratically dilutes the voting power” of those favoring bigger tax and spending increases.

6. “The tax cap’ violates the plaintiff’s right to equal protection of law by diminishing their voting power based on their desire to increase school funding.”

NYSUT’s fifth and sixth causes of action both claim the supermajority requirement in the tax cap as unconstitutional. Good luck with that one. In fact, supermajority requirements are common across the country.  On the federal level, supermajorities are required to propose or ratify amendments to the U.S. Constitution. The New York State Constitution requires two-thirds legislative supermajorities at the state level for, among other things, overriding gubernatorial vetoes, appropriating money for private or local purposes, considering home-rule requests and impeaching judges.

7. “The tax cap violates the First Amendment … because it impairs school district voters’ rights to free expression by diminishing their voting power and imposing adverse consequences on them if they fail to gain supermajority support.”   And, besides, the legally required ballot proposition language is “not viewpoint neutral and is meant to discourage voters from approving a proposal to exceed the cap.”

NYSUT’s last cause of action is its most creative–and also its weakest.

That wording clearly is designed to be informational, calling district residents’ attention to the implications of their vote. Yes, some people will be less likely to approve a proposition when they are reminded it is over the cap–but others will be more likely to alert their friends that they need to get out and support the proposed budget. NYSUT seems to be arguing that the only constitutionally acceptable course is to keep voters in the dark.

Will Albany bust the cap?