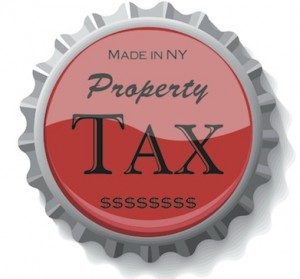 Twenty-nine* of the 37 districts that sought to override the property tax cap were successful in yesterday’s school budget votes, as the majority of districts elected to limit their tax increases to the cap itself.

The votes, held in the 669 school districts outside of New York’s five largest cities, were to authorize a total of $36 billion in spending, backed by $21 billion in property taxes. The highest concentrations of override attempts were in Suffolk County on Long Island (8 attempts, 6 successful) and in Delaware County in the Southern Tier (5 successful attempts). The districts that successfully overrode the cap included a mix of poor rural districts as well as affluent suburbs.

Because of the negligible increase in the consumer price index during calendar year 2015, the allowable growth factor at the heart of the tax cap was set to the lowest level since its enactment—.12 percent.

Despite claims to the contrary, the growth factor is designed to reflect home and businessowners’ ability to pay, not the real or perceived spending needs of the school district.

A consortium led by the state’s largest teachers union, NYSUT, warned of the “devastating impact” of the low limit, but the number doesn’t tell the whole story.

As we noted on this page in January, the districts are also experiencing savings from decreased pension contributions, reducing their costs by an estimated $1 billion over two years.

Meanwhile, statewide K-12 enrollment has decreased every year since 2000-01, and the majority of districts plan to educate fewer students next year than during the current school year.

This was the fifth round of school budget votes conducted under the cap, which this year held the associated property tax levies to their lowest rate of growth in recent history, less than 1 percent. This marks a visible departure from the pre-cap period when school districts together increased taxed by 7 percent or more in four consecutive budgets (2002 to 2005). This restraint in spending growth makes the cap a continued target of NYSUT, which continues to attack the law in state court.

The balance between successful override attempts and spending restraint indicate that the cap has struck the proper balance in restraining tax increases while respecting local control.

Unfortunately, New York State missed a golden opportunity to realign its relationship with its school districts in light of this year’s lower cap.

Instead of providing substantive mandate relief that would have allowed school districts to rightsize their costs, the state Legislature responded with a sizable increase in state aid that allowed many districts to keep taxes flat while increasing their spending.

State aid for school districts is now 24 percent higher than it was in Governor Andrew Cuomo’s first budget. The most recent aid increase will be the baseline for future demands from the teachers unions and other advocacy groups for whom more is never enough.

*This post has been updated to correct the number of successful overrides.