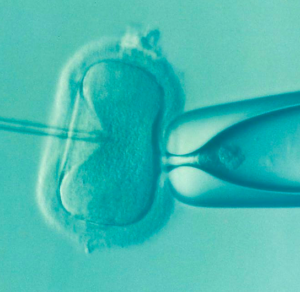 Even as Governor Cuomo pushes for required insurance coverage of in vitro fertilization, he is withholding a study of how much the coverage would cost for premium payers.

Cuomo himself directed the Department of Financial Services to produce the study last March, and DFS solicited bids from actuarial firms in May. The findings were reportedly submitted to the state late last year.

The IVF debate had promised to be a rare but welcome case of Albany thinking through the consequences of an insurance mandate before enacting it.

Yet the study’s results have yet to be made public, even though Cuomo included an IVF mandate in his budget proposal this month. It’s hard to understand why cost estimates should not be shared with lawmakers – not to mention the taxpayers who funded them – before the Legislature takes further action.

IVF – in which eggs are removed from a woman’s ovaries, fertilized outside the body, then implanted in the womb for gestation – costs thousands of dollars per attempt. The first try is successful about one-third of the time, meaning many women go through multiple cycles.

As with all such mandates, the IVF proposal involves a trade-off – raising premiums for the many to provide an additional benefit for the few.

There are signs that cost estimates in the Cuomo administration’s study came back uncomfortably high:

First, there is the fact that they remain secret. If the numbers showed that Cuomo’s proposal was easily affordable, he presumably would have shared them by now.

Second, there is the relatively narrow design of Cuomo’s proposal. His version would apply only to large-group plans of 100 employees or more, and it would cover no more than three cycles of IVF.

The IVF mandate bill that passed the Assembly last year, sponsored by Assemblywoman Aravella Simotas of Queens and Senator Diane Savino of Staten Island, would apply to all state-regulated health insurers and put no limit on the number of cycles.

Both bills would allow IVF at any age, eliminate a 12-month waiting period after enrollment in a health plan, and add sweeping anti-discrimination clauses that would bar insurers from denying coverage based on health condition, sex, sexual orientation, marital status or gender identity.

The competing IVF proposals are among 76 mandate bills currently pending in the Legislature, which the Empire Center is tracking as part of its Mandate Watch program. Twelve of those bills have “same-as” versions in both the Assembly and Senate. The Simotas-Savino IVF bill is one of five with majority sponsors in both houses.

Another of those five – the Comprehensive Contraception Coverage Act, which would mostly reinforce existing laws and regulations – has already passed and is awaiting the governor’s signature.

None of these proposals would apply to “self-insured” health plans offered by larger employers, which are exempt from state regulation under federal law and cover a majority of New Yorkers with employer-sponsored benefits.

Cuomo’s IVF plan would apply only to large employers that currently do not self-insure – which could prompt more to switch if the costs are too high. Cuomo’s plan would also duck a requirement of the Affordable Care Act, which says states must absorb the cost of newly imposed coverage mandates on small-group and non-group policies instead of passing them to consumers.