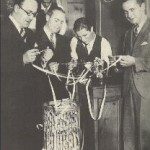 The value of assets held in the state Common Retirement Fund declined by 4.3 percent during the three months ending Sept. 30, according to the latest quarterly report from state Comptroller Thomas DiNapoli, who is the fund’s sole trustee. The fund’s value at the end of the quarter was pegged at $173.5 billion, down $9 billion since the end of June. Coming the heels of a tiny 0.52 percent gain from April through June, the second-quarter result DiNapoli announced today means the pension fund sustained a net loss of about 3.6 percent during the first six months of the year.

To meet its recently reduced annual investment return target of 7 percent, the fund—which supports the 643,000-member New York State Employee Retirement System (ERS) and Police and Firemen’s Retirement System (PFRS)—will need to gain 11 percent (about $19 billion) in the second half of the fiscal year ending March 31, 2016.  It’s already made a bit of progress toward that goal, since the major domestic stock indexes over the past six weeks have recovered to their mid-August levels—i.e., basically where they stood at the end of the pension fund’s last fiscal year. But between an expected December interest rate hike by the Federal Reserve and more troubling international developments, the market outlook remains shaky.

One bad year won’t immediately affect tax-funded pension contribution rates projected in the state budget for the next two years or so. But the Q2 performance does underscore the risk and volatility associated with the New York State pension fund’s reliance on equities (mainly but not solely stocks), which make up nearly 72 percent of its total portfolio.  This is fairly typical of public fund investment profiles around the country. They share a basic problem, as summed up by Andrew Biggs of the American Enterprise Institute:

Today, [state and local] pension funds have tripled in size to about 150 percent of their sponsors’ budgets, and pensions hold roughly three-quarters of their assets in risky investments such as stocks, private equity and hedge funds. The growing size of pension funds relative to government budgets makes any percentage loss in the fund more costly for governments to make up, and the increasing risk of pension investments makes those losses more likely. While government budget planners crave stability and predictability in their annual pension contributions, the increasing size and risk taking of U.S. public plans makes this goal impossible, even using actuarial methods such as smoothing investment losses over long time periods.

DiNapoli at least deserves credit for his policy of disclosing investment results every three months; City Comptroller Scott Stringer does the same—in fact, his site updates asset values monthly—but takes a bit longer after the end of a quarter to compile the data for the five city pension funds.* Unfortunately, the New York State Teachers’ Retirement System (TRS) doesn’t release quarterly results at all. However, NYSTRS undoubtedly also lost money in the July-September quarter. The latest New York City funds update indicated their combined asset values had fallen 3.2 percent between June 30 and August 31.

* An earlier version of this blog erroneously reported that the city does not issue quarterly updates. Actually, it has issued more frequent updates since 2011, under a policy first implemented under former City Comptroller John Liu.