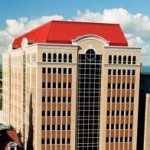 State Comptroller Thomas DiNapoli has just issued a report confirming what employment statistics have been showing: upstate New York’s economy has lagged behind the nation and downstate regions for years now.

Although the trend predates the 2007-09 recession, upstate’s relative performance has not improved since Governor Cuomo took office in 2011, as shown by the chart from DiNapoli’s report, below. In fact, the report says, “as of June 2016, upstate had regained 79 percent of the total 128,000 jobs lost during and after the recession.” In other words, seven years after the recession ended, upstate still hasn’t emerged from the recovery stage.

While the numbers in the comptroller’s report aren’t new—echoing, among other things, a recent overview by economists at the Federal Reserve Bank of New York— they underscore the continuing gap between the economic reality of upstate and the rhetoric of Governor Cuomo, who rarely misses a chance to assert that his economic development policies are working.

When the comptroller recently issued audits finding fault with the implementation of two of Cuomo’s state tax incentive programs, the governor counterattacked, saying the programs were working and adding that DiNapoli “should educate himself.”  But he probably didn’t have this kind of “education” in mind. 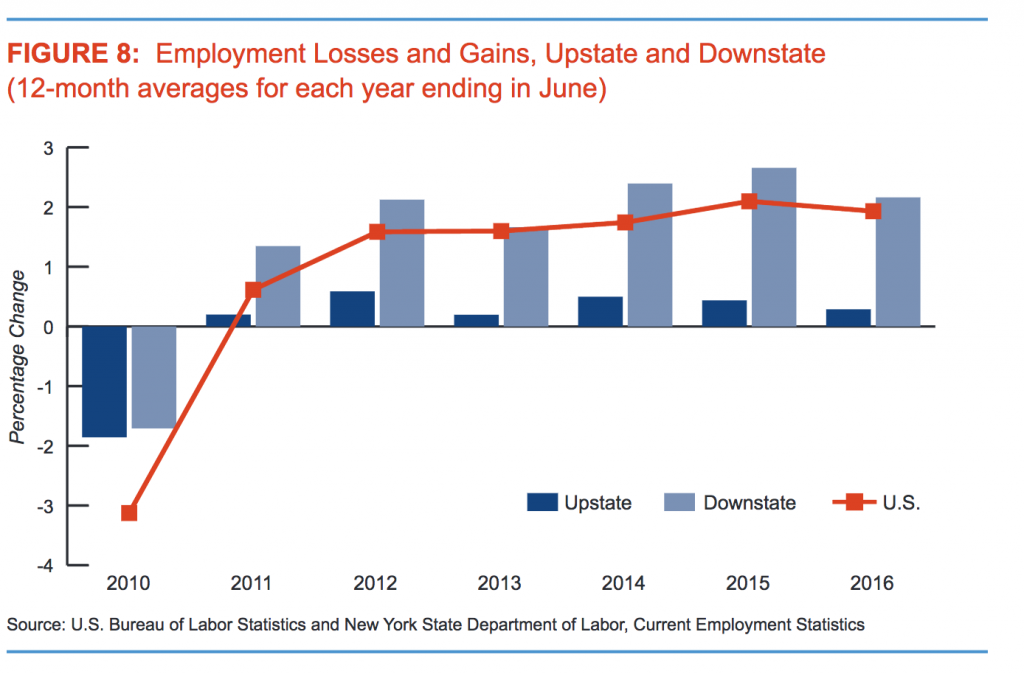