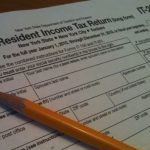 Governor Andrew Cuomo reportedly has not ruled out an extension of New York’s “millionaire tax”—a supposedly temporary higher rate bracket, due to expire at the end of next year, that effectively adds 29 percent to the personal income tax of individuals earning at least $1 million, or joint-filing couples earning $2 million.

Under the permanent law in effect since 1997, New York’s top rate is 6.85 percent. The temporary surtax on high earners was first imposed in 2009 at a rate of 8.97 percent, in the midst of a severe revenue downturn brought on by the Great Recession. (Due to a peculiar wrinkle in New York’s tax law, the “millionaire” rate is applied as a flat tax on 100 percent of the taxable income of most filers affected by it.)

During his 2010 campaign and through most of his first year in office, Cuomo pledged not to extend the added tax. But in December 2011, he pulled a U-turn and renewed the tax at a very slightly lower rate of 8.82 percent through 2014, as part of a much-ballyhooed “tax reform” (which, in truth, wasn’t).  Cuomo and the Legislature stealthily agreed to extend the millionaire tax again in 2013, a full year ahead of its expiration. It is now set to expire at the end of 2017, three quarters of the way through the fiscal year that starts next April 1.

As reported today by Politico New York, Cuomo last week left the door open to extending the tax beyond its scheduled expiration 2017. However, the governor carefully chose the words he used to describe what he might have in mind:

In fact, the answer to that question clearly is not the full millionaire tax.

As the governor pointed out, “the fewer dollars you need … the better.” And based on its latest financial projections, the state clearly does not “need” the extra $3.7 billion a year raised by the surcharge.

Assuming he means to stick by his policy of holding state spending growth to 2 percent, the projected gap for fiscal 2018 is $689 million, assuming a sunset of the millionaire tax, according to the Mid-Year Financial Plan Update. He could eliminate that entire gap by holding projected spending growth to 1.3 percent, roughly equal to the current annual inflation rate. Then again, the sharp increase in stock prices since election day could lift capital gains tax receipts above the reduced projection incorporated in the November fiscal outlook, erasing the projected gap without necessitating a further spending squeeze.

The revenue raised by the millionaire tax works out to $925 million per quarter—more than enough to close the projected gap for FY 2018, which reflects a sunsetting of the tax at the end of the third fiscal quarter.  Simply extending the 8.82 percent rate for three more years would raise considerably more than the governor would “need” in fiscal 2019, when an assumed 2 percent spending hike opens a projected budget gap of $2 billion, almost 50 percent less than what the millionaire tax will raise over a full year. The following year, the gap is projected at $1.7 billion.

New York’s top tax priority should remain the elimination of the tax by allowing it to sunset, at long last, on schedule, at the end of 2017. That’s because a steep income tax rate discourages a highly mobile class of economic decision-makers from investing, earning income and hiring people in the state. New York’s statewide rate is now 7th highest among states, or 2nd highest for New York City residents subject to the city’s added tax. The permanent-law top rate of 6.85 percent would rank 16th and be much closer, at least, to the median top rate for states with income taxes.

An added incentive to eliminate the surcharge has been created by the strong possibility that the state and local tax deduction for high earners will be eliminated in any federal tax reform package produced by the incoming Trump administration and a Republican Congress. This would dramatically raise the effective tax price of living and doing business in New York, compared to states with low or no income taxes.

The currently projected gaps could easily be closed—and then some—by cancelling the remaining three years of a temporary property tax rebate, enacted at the insistence of Senate Republicans in 2015, which can be justified on the grounds that it will be superseded by a permanent PIT cut enacted in 2016.  More can be saved by closing business tax loopholes, starting with the $420 million a year film and TV credit, which expires in 2019.

This would allow Cuomo to accurately tout a record of having truly improved New York State’s tax climate across the board, leaving all rates significantly lower than where he found them.

* Note the governor’s implicit acknowledgement that the extension of a tax hike would amount to raising taxes.