For a second consecutive decade, New York State’s “domestic migration” loss of residents to other states was the largest in the country as a percentage of its population, as documented in a new Empire Center report. Our negative net rate of total migration, after taking account of immigrants moving into New York from foreign countries, was among the worst of any state — putting us in the company of such troubled states as Louisiana, Michigan, Illinois and Rhode Island.

The chart below illustrates New York’s 50-year migration trend, including the foreign and domestic numbers as well as a line tracing the net migration level.  Note that horrible ’70s show: New York’s loss was greatest during the decade following the enormous run-up in state and local spending and taxes under Governor Nelson Rockefeller in the 1960s, and improved following the efforts to cut taxes in the 1980s and 1990s. For more details, see the report. 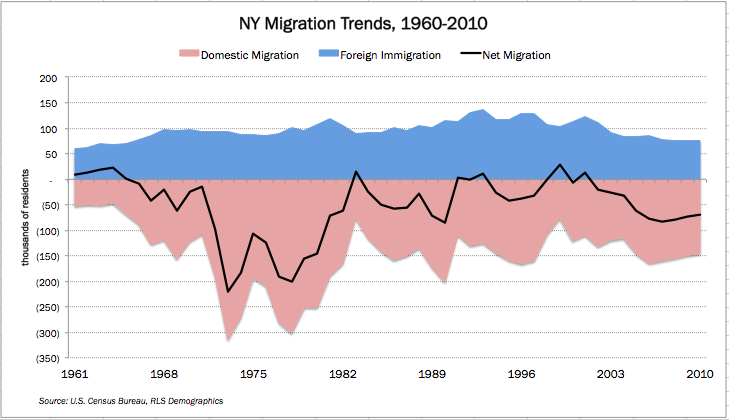