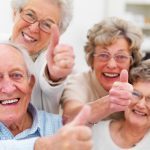 Compared to national and statewide averages, rural counties in upstate New York have a much larger share of residents aged 65 and older, the latest Census Bureau estimates show.

The 65+ population was 15.3 percent of the U.S. total as of mid-2016, according to census data released today. The Empire State as a whole was just a hair above the national average, with 15.4 percent of New Yorkers falling into the age category that demographers generally tag as elderly.

However—as is also the case with statistics reflecting wealth and economic growth—there is a pronounced disparity in the age profile between upstate and downstate areas. New York City was well below the state and national averages, with an elderly population that came to just 13.5 percent of total. The 65+ population in downstate suburban areas were generally above the national average—but not far above, ranging from a low of 15.4 percent in Rockland County to 17 percent in Nassau County.

The counties with the oldest age profiles were all upstate. The list was topped by Hamilton County, where elderly residents made up nearly 29 percent of the population, followed by Delaware, Columbia, Essex and Warren, all of which had elderly populations of 21 percent or more.  That top five list reflects two characteristics of New York counties with older age profiles: most, such as Delaware and Essex, are both sparsely populated and poor, but some, like Columbia and Warren, have also become retirement havens for relatively affluent senior citizens.

The concentration of elderly residents by county is depicted the map below. 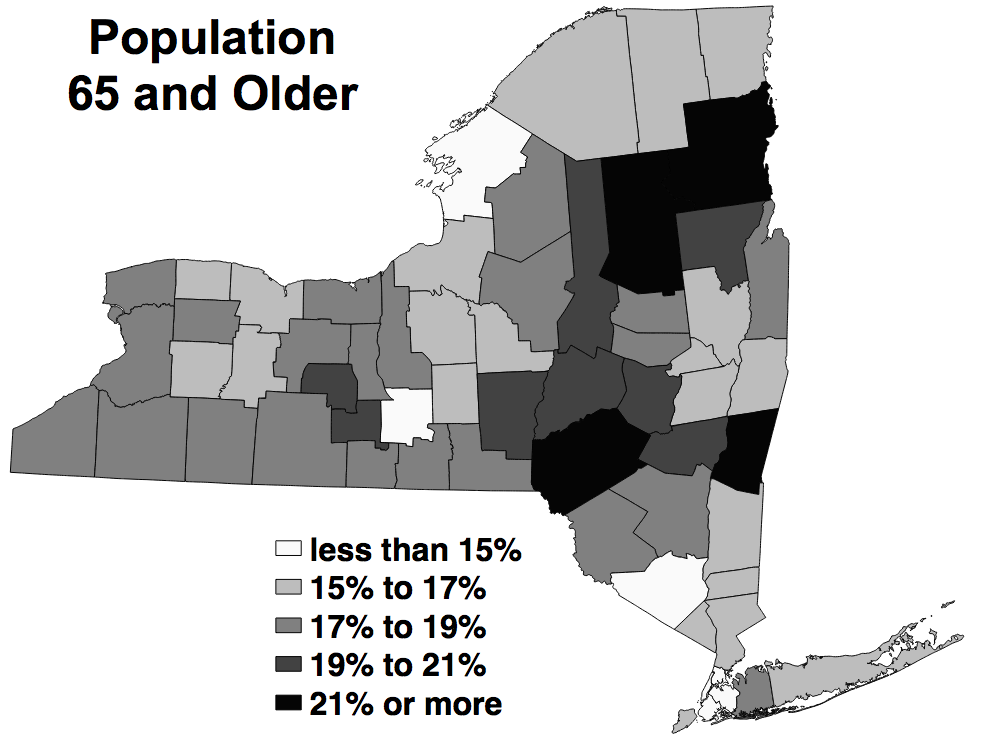 Since 2010, census data also show, the share of New York residents aged 65 and over has grown in line with previous trends, which have been more pronounced upstate than downstate or in the U.S. as a whole.  And it’s projected that the older-age population of New York will continue growing in coming decades, which at least in part reflects the departure of younger residents.

As shown in the table below, the Mohawk Valley and Southern Tier, respectively, had the largest elderly populations in the state. After New York City, the region with the second lowest proportion of elderly resident was the North Country—but the average for that region was heavily weighted by Jefferson County, which includes a concentration of young military families in Fort Drum-Watertown area. With just 13.3 percent of its population over 64, Jefferson had upstate’s smallest elderly population. The North Country’s age profile also is affected by the region’s concentration of state prisons, whose mostly non-elderly inmates are counted in the local population. 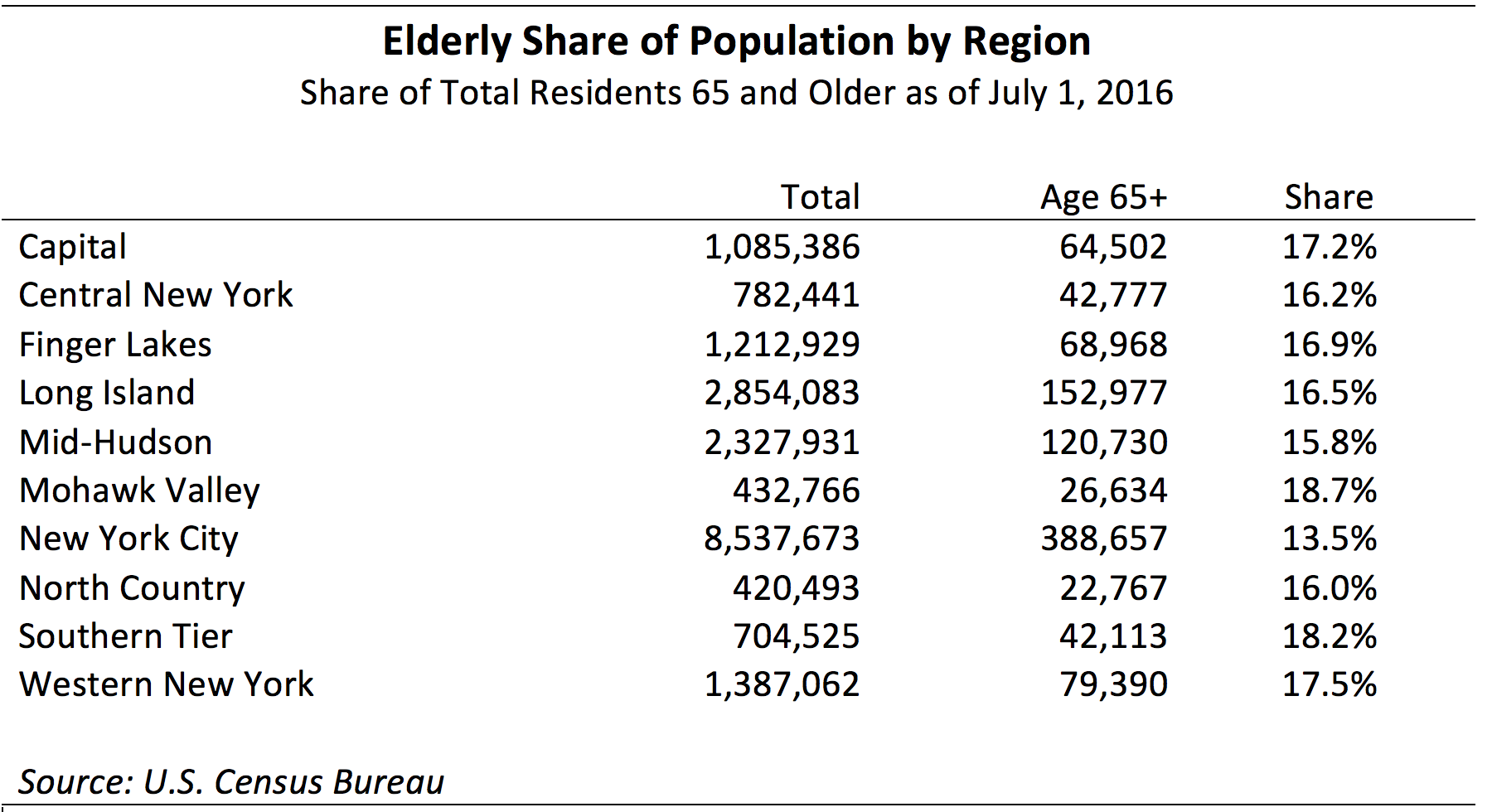