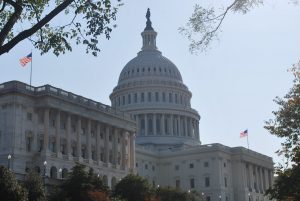 Recent amendments to the House Republican health plan, which is heading to a potential vote this week, have done little to improve it from New York’s point of view.

The latest version of the GOP’s American Health Care Act would still end coverage for hundreds of thousands of New Yorkers, cost the state billions in funding, and disrupt its fragile non-group insurance market in profound and unpredictable ways.

Several of its key provisions also run afoul of state law, making them unworkable here unless Albany reverses long-established policies. Among those is the amendment negotiated with members of the House Freedom Caucus, which waives key mandates in President Obama’s Affordable Care Act – including the ban on charging higher premiums based on health status – in states that establish high-risk pools for consumers with pre-existing conditions.

Even if the Cuomo administration wanted to seek such a waiver – which seems unlikely – it would need a change in state laws that long predate Obamacare.

Another complication for New York is the so-called Collins-Faso amendment, which requires the state to stop shifting Medicaid costs to counties, but divisively omits New York City from relief – creating a $2.3 billion budget hole and a significant political headache for Governor Andrew Cuomo and the Legislature.

Here is a summary of AHCA’s major provisions and their likely impact on the state:

Medicaid: AHCA would phase out the extra funding that the Affordable Care Act provides to states to finance an expansion of Medicaid eligibility up to 138 percent of the poverty level. New York eventually stands to lose more than $2 billion annually. The bill would also cap the growth of federal spending on the program, potentially (but not necessarily) further reducing how much aid would be available to New York in the long term.

The Essential Plan: This optional benefit under the Affordable Care Act, offered only by New York and Minnesota, would be eliminated. New York would lose $3 billion a year in federal aid for the program, or 80 percent of the cost of coverage for 635,000 people. More than one-third of those people would be eligible for Medicaid coverage at a cost of about $1 billion to the state. The rest would likely have to buy private insurance.

Personal mandate: AHCA would abolish the unpopular requirement that most individuals have to buy health insurance or face tax penalties. Taking its place would be a rule allowing insurers to temporarily charge higher premiums to consumers who fail to maintain continuous coverage. This could lead some younger and healthier New Yorkers to risk living without insurance, driving up premiums for those who do buy coverage.

Employer mandate: Businesses with 50 or more employees would no longer be taxed for failing to offer health benefits. This would save money for New York employers currently paying the tax, but may encourage others to drop coverage.

Age rating: Obamacare mandates that insurers can charge its oldest customers only three times more than its youngest. AHCA would increase that ratio to five-to-one, and allow states to raise it further under waivers. However, New York is one of two states (along with Vermont) that ban age-rating completely, making this change irrelevant.

Tax credits: While Obamacare has offered tax credits based on need, AHCA would replace those with tax credits based on age – with more money going to older people, to reflect the higher premiums they pay in most of the country. Since New York bans age-rating, however, the tax credits will tend to fall short for younger consumers and be over-generous for the elderly.

Abortion: AHCA bars the use of tax credits to purchase any policy that covers abortion (with exceptions in cases of rape or incest or to save the life of the mother). However, state regulations requires insurance policies sold in the state to cover abortion, rendering the tax credits potentially useless for New Yorkers unless those rules change.

Waivers: The latest amendment to AHCA would waive key requirements of Obamacare – including its requirement that health plans cover minimum benefits and its bans on age- and health-rating – in states that establish high-risk pools for people with pre-existing conditions. This could substantially reduce premiums for the young and healthy, but it’s unclear whether coverage through high-risk pools would be affordable and adequate for the old and sick. Again, New York could not seek such a waiver without a change in longstanding state laws and regulations.