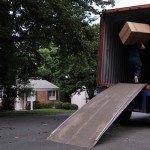 New York’s loss of residents to other states is a long-established and troubling trend. But the impact of out-migration on the Empire State’s economy, and on personal income in particular, is another, more complicated story.

Unfortunately, the annual release of Internal Revenue Service (IRS) data on interstate taxpayer migration continues to inspire some wrongheaded conclusions on this score.

Gannett News Service and USA Today are the latest to cite the IRS statistics in support of the fallacy that when people move, their incomes move with them. The money graphs are right at the top of this story:

A lot of people dream of picking up and moving across the country.

But those who actually make the move — fewer than 400,000 people moved from 2014 to 2015 — have huge economic consequences, costing some states billions while giving others new revenue.

The first sentence is obviously true, but the next one is deeply misleading. So is the headline: “The $23 billion move: big money changes hands when people switch states.”

Yes, hundreds of thousands of Americans moved from one state to another between 2014 and 2015. But the “big money” changing hands consisted mainly of rental deposits and mortgage down payments, not entire incomes. Interstate migration has real economic consequences, short- and long-term. The complex interplay of impacts on individuals and communities can be measured in a lot of ways, but they almost certainly don’t boil down to a single simple number—and, regardless, that number isn’t $23 billion.

Consider a hypothetical 28-year-old plumber who moved from Elmira to Myrtle Beach in 2015. Did his 2014 adjusted gross income of $35,000 “move” with him?  The answer, of course, is no.  To make a living in South Carolina, he first had to find a new job paying a different amount.  That’s a lot easier to do in Myrtle Beach than in Elmira, which is probably why our plumber chose to move in the first place.  He might even have accepted a lower starting wage in order to get established.  Meanwhile, in a market short of skilled tradespeople, the Elmira plumbing contractor who previously employed the out-migrant to South Carolina had to offer the same wage of $35,000 to hire a replacement from the ranks of recent local high school graduates in the local area.  In a growing area with a bigger labor pool of apprentice plumbers, the contractor could have saved a bit on the hire. But did New York “lose” $35,000 from this move?

Another hypothetical example: a woman employed as a corporate executive assistant, earning $80,000 in New York City, moves from Manhattan to Hoboken, New Jersey—the state that happens to be the second most common destination for migrating New Yorkers.  Her Brooklyn apartment is quickly occupied by two young transplanted midwesterners, who earn a combined $75,000 from their first jobs out of college. Gannett’s analysis would see this as a $5,000 net “loss” to New York.  Two problems with this analysis: (1) New York will continue taxing that executive assistant’s $80,000 salary as if she had never left; (2) the two roommates taking over her Brooklyn flat are about to see their incomes escalate quite sharply.  In a few years, they’ll probably earn a combined $120,000, and one or both of them will move on.

Consider these examples, multiplied by tens of thousands in any given year, and you have an explanation of why the “How Money Walks” narrative is deeply flawed.

Retirees and wealthy households—a relatively small minority of New York movers—are the exceptions to this rule.  Social Security checks, pensions and retirement savings accounts are portable.  So are investments, capital gains, and dividends, (which poses a growing problem for a state’s tax base heavily dependent on the top 1 percent). A very small group of high-income professionals, such as financial advisors, can also effectively take their clients with them. But everyone else will be willing to move only if they have jobs waiting for them in their new home state—and, in the case of homeowners, buyers for their houses back in New York.

As noted here a few years ago, the most commonly cited IRS data measure income the year before individuals have moved. But incomes are almost never the same from one year to the next. This is particularly true in the case of young people, whose incomes rise quite substantially once they establish themselves in trades or occupations. Conversely, the incomes of older, end-of-career movers tend to decline.

There’s no need to hype misleading income “movement” data as a way of drawing attention to negative migration patterns. It’s bad enough that New York is losing so many people, who take with them their skills, talents and future earning potential. That’s the problem.