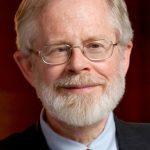 A senior member of the state Assembly is already promising to introduce legislation that would effectively use taxpayer money to reimburse government unions for the “agency fees” they are no longer allowed to collect under last week’s SCOTUS decision in Janus v. AFSCME

The predictable response was laid out in a memo circulated to members of the Assembly by Assemblyman Richard Gottfried (D-Manhattan) on Monday, just five days after the Janus hand-down.

Gottfried, who hasn’t yet filed the bill itself, proposes letting public employers agree to “direct reimbursement” of the unions as part of contract negotiations. Public employers would pay unions for “the costs of collective bargaining, contract administration, and related costs.”

“That collectively bargained amount,” Gottfried wrote, “would then proportionately reduce the workers’ salary.”

In reality, however, it’s unlikely that any worker would experience a pay cut under the scheme described by Gottfried, given the realities of union negotiations under state law. Instead, a percentage of future raises would be designated as collective bargaining expenses and permanently embedded in base salaries on a recurring, permanent basis.

Gottfried said the bill was necessary to “overcome” the ruling in Janus, which held that workers can’t be forced to pay a government union. “People in the labor movement and their allies have been looking for ways to fight back and help support public sector organized labor,” he writes.

Meanwhile, New York unions are set to feel their first major sting from Janus. Comptroller Tom DiNapoli has told state agency heads that agency fees will no longer be withheld, beginning with paychecks issued July 11. The state government, SUNY and CUNY together collect about $12 million in agency fees each year. DiNapoli’s office today said 31,000 people would be immediately affected by the change, according to POLITICO New York.

To be sure, the ruling was unambiguous: Justice Samuel Alito wrote “States and public-sector unions may no longer extract agency fees from nonconsenting employees.” In total, about 1,700 local governments, school districts and public authorities will need to update their payroll systems to end agency fee deductions, which total about $112 million a year in New York. A letter was today sent to these employers by Empire Center executive director Tim Hoefer to ensure they followed the ruling appropriately.

Preserving these union revenues through a different channel, as Gottfried proposes, would raise constitutional issues of its own, however.

Justice Alito wrote for the Janus majority that everything government unions do constitutes political speech, and that people can’t be compelled to subsidize it.

As a legal theory in support of his proposal, Gottfried’s memo cited a March article by Aaron Tang, a University of California-Davis law professor, responding and building on another law professor’s arguments against the anticipated Janus ruling. The question posed by Tang’s title says it all: “Whose Money Is It Anyway?” Gottfried’s answer boils down to: Government Unions, at Taxpayer Expense.

The return of Hotel California