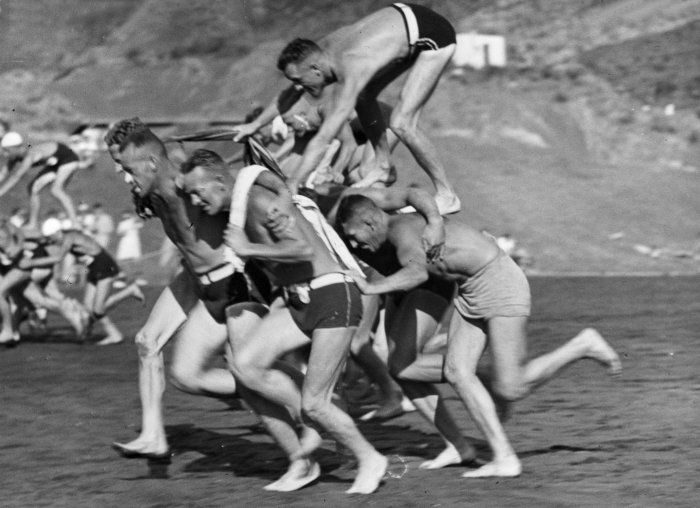 New York’s economy grew at barely half the rate for all 50 states in 2012, according to newly released federal data.

The Empire State’s share of real Gross Domestic Product (GDP) was up 1.3 percent last year, compared to 2.5 percent for all states (and 1.5 percent for the northeast as a whole).  For the second year in a row, we’re looking at a mediocre number for New York.  In 2011, our real GDP growth was 1.2 percent and ranked 35th out of 50.  The state’s real GDP growth was up a tick in 2012, but its ranking fell to 37th.

In 2009 and 2010 New York’s real GDP growth was considerably above the 50-state average (-1.4 and 4 percent, vs. -3.3 and 2.4 percent for all states, respectively) — in part because the federal government’s policy response to the economic downturn and financial crisis essentially amounted to a giant bailout of Wall Street.  But the bailout bounce is now over.

Breaking down the latest annual numbers into different sectors, New York was notably weakest in durable goods manufacturing.  The state’s manufacturing output rose 0.13 percent–while the number for all 50 states was more than four times higher, at 0.55 percent.  The manufacturing GDP number is consistent with job data, which indicate New York has been missing out on the so-called “manufacturing renaissance” that is being enjoyed in much of the rest of the country since 2010. (More on that here).

** One factor unmentioned in this original post: Superstorm Sandy. The Oct. 29 storm severely disrupted economic activity in much of the state’s most productive region during the fourth quarter of 2012.  This clearly would have taken a toll on state GDP, only a small portion of which would have been offset by reconstruction activity starting before the end of the year.  The precise impact will be hard to gauge until more detailed federal data on local area personal income are released later this year. In New Jersey, which bore the brunt of Sandy, GDP growth last year was 1.3 percent, same as New York — but an economic impact study by the Bloustein School at Rutgers suggested the storm reduced the Garden State’s output in the fourth quarter by the equivalent of a net 1.5 percent of GDP.  At this juncture, it seems to fair to say that, if not for Sandy, New York’s performance would have been closer to the 2.5 percent national average, but still below it.