Upstate New York’s population began to decline at a faster rate between mid-2014 and 2015, according to updated Census Bureau estimates.

As detailed below, migration explains much of the difference between upstate and downstate trends. All regions have lost population due to domestic migration—the movement of residents to other states (and across county lines)—and the rate of migration to other states is higher for New York City than for most upstate counties. But “natural increase” from childbirths and an influx of foreign immigrants more than offset the downstate loss. 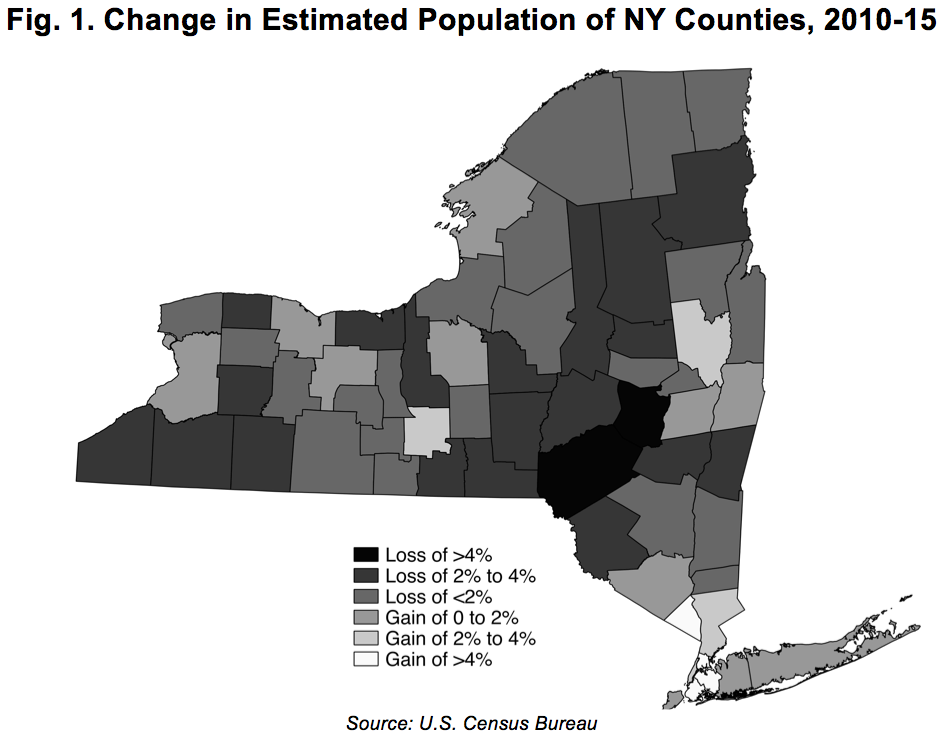 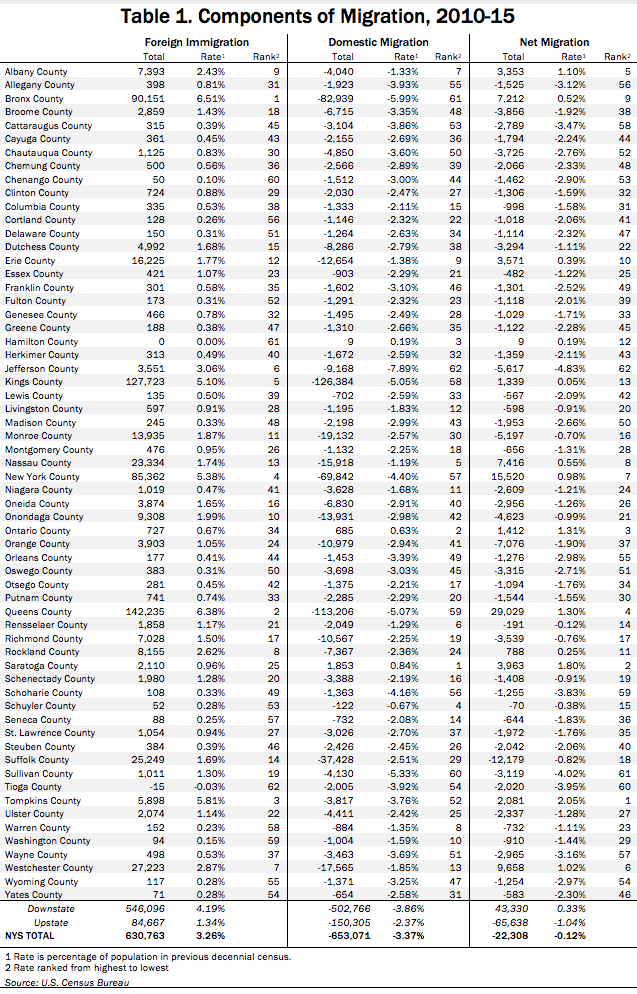 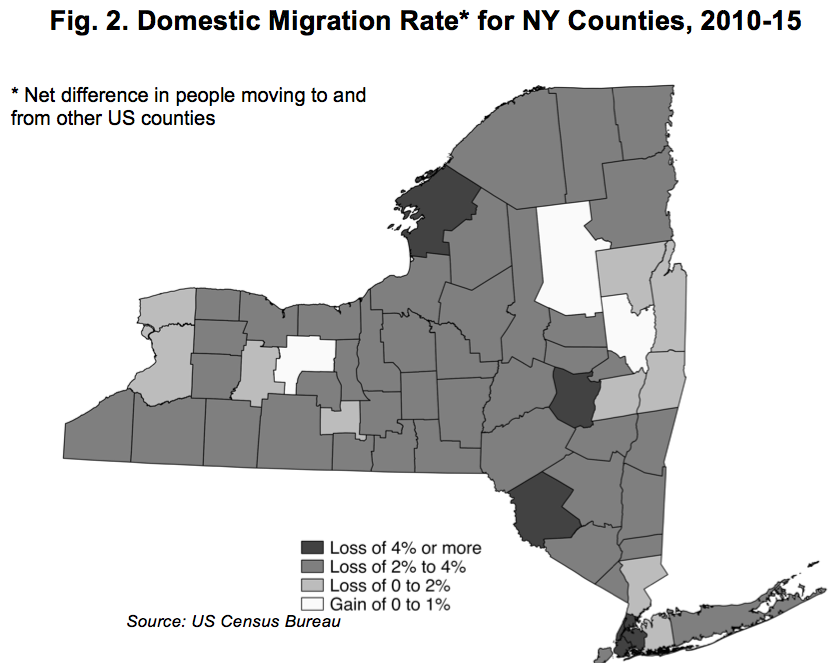 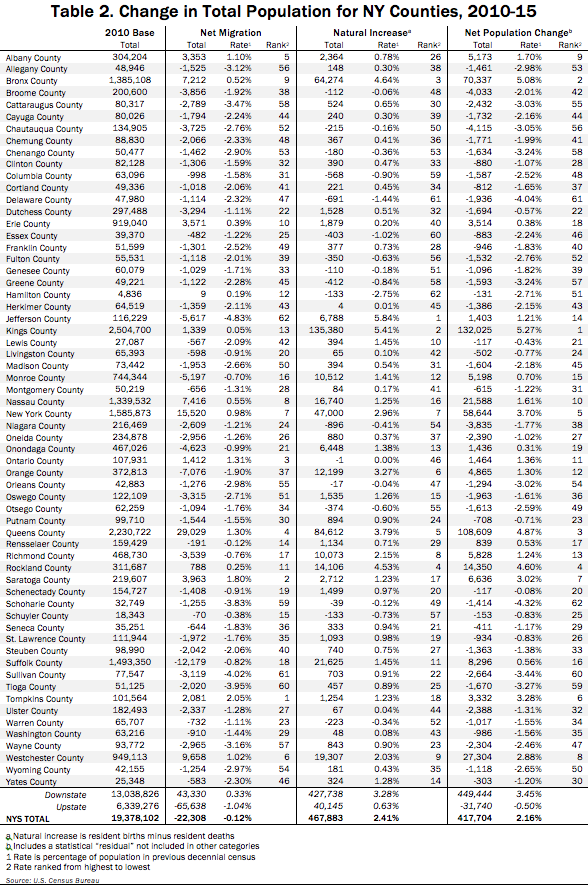