The state Labor Department’s annual re-benchmarked payroll job data is out today — and it doesn’t look good for much of New York.

But the longer-term numbers aren’t so rosy.

Continuing a long-term trend, New York’s growth is overwhelmingly concentrated downstate, where the number of private jobs was up 2.3 percent. New York City was the regional leader, with growth of 2.6 percent.

Private employment upstate grew by 1 percent, less than half the national average.  The only region to come close to equalling the nation was Albany-Troy-Schenectady, up 2.1 percent.  The state capital area is benefitting from a heavily government subsidized expansion of high-tech and related sectors.

Here’s the table from the Labor Department: 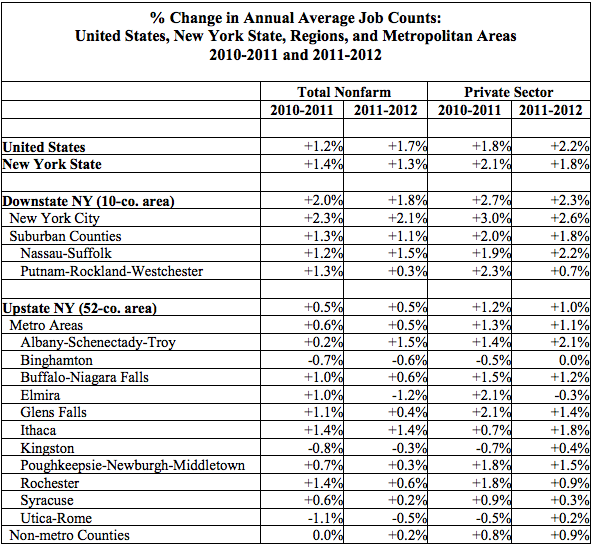