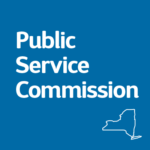 Moody’s incorporates a view that one of the core competencies for all US regulated utility companies is the ability to maintain a supportive and constructive relationship with their respective regulators.  [Brooklyn Union’s and KeySpan’s] current situation in New York evidences, however, that the relationship and communication channels between the utility and key stakeholders are currently extremely strained. Moody’s views political intervention as a material credit negative, especially when the intervention emanates from a governor’s or attorney general’s office. [emphasis added]

In a separate research note (behind the rating agency’s paywall, and first reported by POLITICO), Moody’s said Cuomo’s “heightened willingness” to “intervene in utility regulation” through the state Public Service Commission (PSC) was “credit negative for all New York investor-owned utilities.”

Franchises are the providence of the PSC, a five-member appointed panel, but the governor has taken to saying franchises are not “God-given.” Besides National Grid, Cuomo has threatened to strip three other companies’ franchises during 2018 alone: Charter (cable), American Water (water) and Con Ed (electricity).

The governor, in fact, has treated the ostensibly independent PSC as if it were an agency answerable directly to him.

Under Cuomo, the commission has all but perfected a technique under which the governor publicly reacts to an an issue dominating news coverage, such as a power outage, issues a directive to the PSC, its chair, or its subordinate Department of Public Service (DPS) to “investigate.” The PSC often then issues an “order to show cause,” which commences an investigative and penalty process. That quickly morphs into closed-door negotiations—where the governor’s office is free to exercise influence, utilities are eager to reach a deal, and the public is left in the dark. Charter, for instance, was in secret talks with the PSC for nearly a year after its franchise was threatened.

“The threat to revoke a utility’s license represents a weakening of the consistency and predictability of New York’s utility regulatory environment…While there have been instances of negative political rhetoric regarding utility franchise licenses in the past, they have not resulted in a formal letter which appears to bypass the regulatory process.”

Cuomo’s approach constitutes a major departure from more than a century of PSC protocol and sparked criticism from a contingent of retired DPS employees, including the former chief counsel. The governor has meanwhile used the PSC’s powers to levy surcharges on utility bills to collect (and spend) money for items such as a multi-billion bailout for Exelon and a slew of other smaller energy programs—all without involving the Legislature.

But beyond driving up energy costs with new hidden taxes, the Moody’s note is a salient warning that Cuomo’s mishandling of the PSC presents added risks to the state’s business climate.

For one thing, any downgrade in bond ratings will make it more expensive for utilities to finance capital projects—and those higher borrowing costs will translate into higher rates and delayed or cancelled investments.

That’s an especially big problem for people in more rural areas waiting for natural gas or internet service expansions. These buildouts wouldn’t just be more expensive. In the current climate, businesses need to think twice about locking up capital in New York and increasing their exposure to Cuomo’s erratic regulatory whims.

And an example of that came just yesterday: American Water, a private company that provides water service on Long Island, announced Wednesday it was selling off its New York assets. The business came under fire in recent years for making miscalculations in filings to the PSC, and then for hiking rates for high-volume customers. The decision to cash out suggests the company didn’t see New York as a good place in which to invest—despite the fact that, for utilities, the customer base is essentially permanent.

Job recovery picks up steam in NY, but still far behind rest of U.S.