The year-to-year rate of job creation in upstate New York remained notably weaker than the average for the rest of the state or the nation as a whole last month, according to the latest data from the state Department of Labor (DOL).

The weakest upstate metro areas remain Binghamton (down 100 jobs, or -0.8 percent) and Elmira (down 400 jobs, or -1.2 percent), which also would have the most to gain from the issuance of state regulations allowing for natural gas hydrofracking.  The strongest were Poughkeepsie (which could just as easily be classified as downstate) and Kingston, where private employment grew by 2 percent and 2.6 percent, respectively. 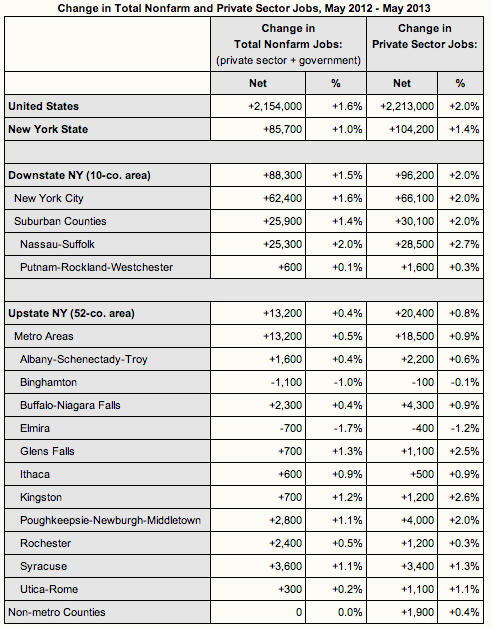