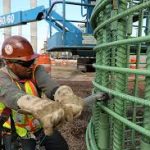 In an apparent effort to placate critics, Cuomo’s bill language is riddled with catches, carve-outs and exceptions—capped by vast discretion for the governor to secretly decide which projects and builders might escape the mandate. But the “wage” mandate remains fundamentally a terrible policy—adding to taxpayer subsidies for shrinking unions that can’t compete effectively for work without it.

State Labor Law section 220—commonly known as the prevailing wage law, although it requires bloated compensation levels that are neither truly prevailing nor limited to wages—already applies to all public works construction jobs owned and bid by the state and its local governments, such as new school buildings and highway projects. Research by the Empire Center has found the mandate hikes building costs an average of 13 to 25 percent, depending on the region, and gives union contractors a leg-up in bidding. It inflates the price of everything from renovating schools to paving roads to repairing sewers—while generating high per-worker hourly payments to underfunded pension and welfare plans for unions.

Construction unions, which represent a shrinking share of workers in their fields, have been pressuring state lawmakers to expand section 220 to give the firms that hire them a better chance to win work in the private sector. Trade unions have asked lawmakers to explicitly deem projects getting tax incentives, capital grants, loans and other incentives as “public work,” saying their exclusion under current law is a “loophole.” (Whether these public subsidies are always justified in the first place is another question.)

The state Legislature last year came close to passing a bill broadly applying Section 220 terms to projects paid for “in whole or in part out of public funds” without a minimum and with only a handful of exclusions.

Cuomo’s version—contained in legislation submitted with his Executive Budget, although the proposal has no immediate budgetary impact—would impose Section 220 labor terms on private projects with total construction budgets exceeding $5 million for which public subsidies are covering at least 30 percent.

However, it would exempt any project from the prevailing wage mandate if the project owner forces bidders to sign a project labor agreement, or PLA, and to hire workers through local trade unions—the ultimate goal of Section 220, and the reason the state Department of Labor deliberately miscalculates prevailing wage schedules each year. The result would effectively be a union mandate either way.

As much as Cuomo has championed prevailing wage, however, his plan would exclude entire categories of subsidies from counting as “public funds.” Those exclusions include “421-a” property tax exemptions on new residential construction in New York City and funding that isn’t provided “primarily” for “construction work.”  Cuomo’s bill also would make exceptions for other types of subsidized construction, including:

The bill would create an 11-person “public subsidy board,” comprised entirely of gubernatorial appointees, to decide—in some cases, confidentially—whether to exempt individual projects or entire categories of “public monies, credits, savings or loans” or types of “affordable or subsidized housing” projects from the mandate. Most importantly, the subsidy board would set the minimum amount and percentage of public money behind a project that would trigger the prevailing wage mandate.

Such a move would be, to say the least, constitutionally dubious, since lawmakers would be vesting policymaking powers in an appointed board—not that they’ve had any qualms about doing that lately.