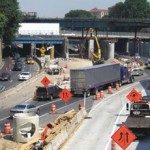 In an apparent concession to construction trade unions, one of Governor Cuomo’s 30-day budget bill amendments would effectively require use of project-labor agreements (PLAs) on “design-build” infrastructure contracts of more than $10 million. This raises the likelihood that savings made possible by the use of the design-build method will be undermined by the imposition of PLAs, which favor less efficient union labor.

Design-build is a project-delivery technique in which construction is handled by a single entity instead of an architect interacting with a contractor or contractors. It can lead to major efficiency savings on big projects; for example, design-build has been credited with paring $1.7 billion off the cost of the governor’s signature infrastructure initiative, the new Tappan Zee Bridge.

While union advocates say PLAs improve quality and reduce expenses, a study by the Beacon Hill Institute found that such agreements added 20 percent to school construction costs in New York. Not coincidentally, unions don’t like design-build.

Meanwhile a motion now pending before the state’s highest court will go a long way toward deciding whether the Cuomo administration will have added discretion to push the use of PLAs.  Former Assembly Minority Leader John Faso explains the case in a recent Albany Times Union op-ed:

The Appellate Division [has] essentially slammed the courthouse door in the face of a local contractor who challenged the state Department of Transportation on contract terms that required a project labor agreement.

PLAs typically require 85 percent of workers be hired from union halls, which often means open-shop contractors won’t bid, since they can’t use their own employees.

The court said the contractor, Lancaster Development of Richmondville, wasn’t allowed to challenge the contract rules — relying on legal “standing” principles — because it didn’t submit a bid. Only the state’s highest court, the Court of Appeals, can remedy this issue in order to protect taxpayers.

Traditional legal requirements pertaining to standing are important to ensure that only parties who are actually affected by the matter or controversy are able to litigate. However, if the lower court ruling stands, there is little that will stand in the way of government agencies essentially tilting contract rules to ensure that only favored bidders compete for contracts.

Why is the Lancaster case important? The answer is simple: Taxpayers benefit from open, fair competition for state contracts. Vendors have to make sure they make their most reasonable bid to keep taxpayer costs low. Procurement rules ensure both a level playing field and that public agencies don’t use arbitrary contract rules to favor some bidders over others.

The case involved a contract for the Exit 122 highway project in Orange County and was originally advertised for bid in February 2011. The DOT commissioned an outside consultant to evaluate whether a PLA was desirable for this contract. The consultant issued its analysis in January 2011 and found no basis for using a PLA on this job. Then, a month later, with barely any change the report, the consultant recommended a PLA. It was obvious that someone in state government instructed the consultant to alter its recommendation.

Then, in March 2011, the DOT issued a contract amendment instructing prospective bidders to agree to sign a PLA when they submitted bids. Lancaster, a non-union, open-shop firm, submitted its bid with explicit provisions that it wouldn’t sign a PLA. When bids were opened, Lancaster was low bidder at $68 million, $4.5 million below the next lowest bidder.

DOT rejected Lancaster’s bid as non-responsive, even though it had extensive heavy highway construction experience around the state and a good record of performance on state contracts.

Gone with the windfall

There goes the windfall?