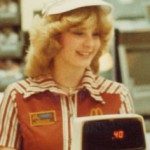 There’s a good reason for Governor Cuomo’s Fast Food Wage Board to decide against raising the minimum wage for fast-food workers: many of them won’t benefit from it.

In testimony submitted to the wage board today, Diana Furchtgott-Roth, an economist and Manhattan Institute senior fellow, cited the inevitable substitution effects that will follow any wage increase.

Furchtgott-Roth, a former U.S. Labor Department chief economists who also served as staff director of the president’s Council of Economic Advisors, also flagged several key problems with the board’s approach. Among them:

Although organized labor is lending its political muscle to the drive for higher wages, unions will probably seek carve-outs, Furchtgott-Roth said.

She noted that the Service Employees International Union (SEIU), one of the main proponents for hiking the wage and whose secretary-treasurer sits on the Wage Board, has a track record of seeking exemptions from minimum wage mandates that allow employers to pay below the minimum wage—if their employees unionize.

Unions—including SEIU—are looking for such a carve-out in Los Angeles now, and it was a cornerstone of SEIU’s pioneering effort for a $15 wage in SeaTac, Washington.

“The minimum wage and carve-out,” noted Furchtgott-Roth, “would serve as a way for unions to extort fast food companies into union representation.” SEIU has demonstrated that it would rather collect dues from a worker than have that same worker earn a higher wage.

Furchtgott-Roth also calculated that raising the wage to $15 would result in prices jumping about 22 percent; the increase would be lower, around 15 percent, if management could “substitute away from” direct labor.

“Supersizing a wage,” Furchtgott-Roth warned, “is not as easy as supersizing a hamburger.”

Not his father’s wage subsidy?