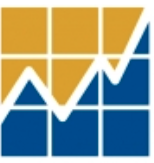 That was the seasonally adjusted annual rate of growth in New York State’s economic output during the fourth quarter of 2015, according to preliminary Gross Domestic Product (GDP) data released today.

New York was one of only 10 states to register no growth or even a decline in real (inflation-adjusted) GDP in the last three months of the year, during which the U.S. as a whole registered growth of 1.7 percent, the federal Bureau of Economic Affairs (BERA) estimated.

The Empire State’s weak performance was due mostly to declines in manufacturing (which subtracted 0.84 percent from total state GDP) and in the finance and real estate sector (which pulled down the GDP number by 0.75 percent). These drops offset gains in the construction, information and health sectors (which, all else being equal, would have pushed up GDP growth by 0.41 percent, 0.82 percent and 0.25 percent, respectively).

As shown in the map below, sluggish fourth-quarter 2015 growth was generally concentrated in states heavily dependent on agriculture (such as Nebraska, Kansas and Iowa) or the oil and gas sector (such as Oklahoma, Alaska, Montana and Wyoming). 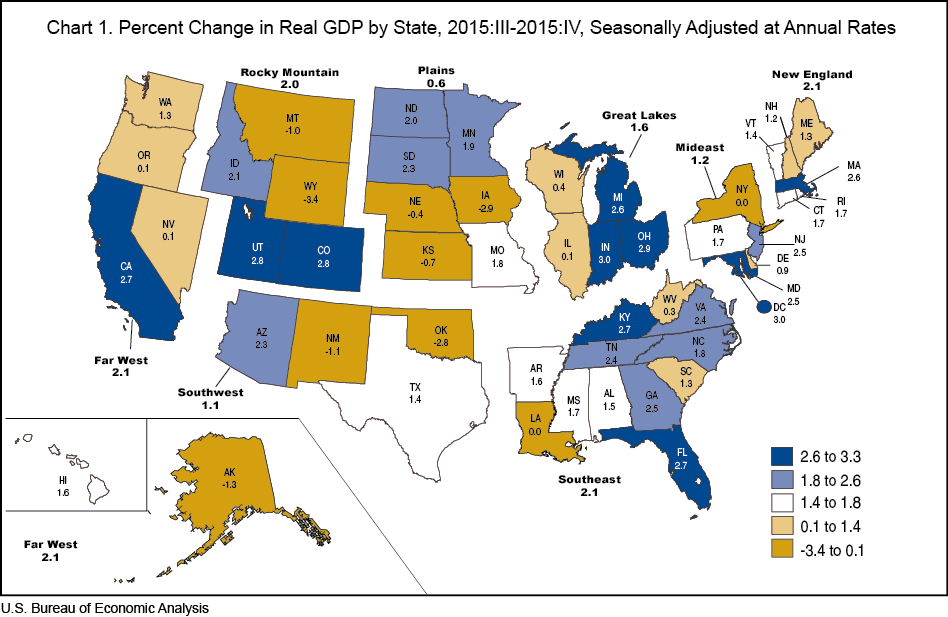 On an annual basis, New York’s real GDP growth rate for 2015 was pegged at a mediocre 1.4 percent, well below the national average of 2.4 percent. The new BEA data also featured a significant downward adjustment of the GDP numbers for New York in 2014.

Estimates released a year ago indicated New York’s economy had expanded by 2.5 percent in 2014, faster than the national average. However, today’s re-estimate cut that number by more than half, to 1.2 percent. The revised growth rate of 1.2 percent was slower than those of 32 others states and half the revised U.S. average rate for 2014.

Today’s data, too, could be adjusted significantly—upward or downward—in future estimates. However, the sluggish growth indicated by the GDP numbers is not inconsistent with other economic indicators for New York—including the change in payroll jobs, which also has been below the US. average, and especially low upstate.