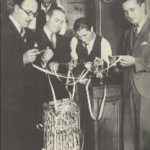 Comptroller Thomas DiNapoli reported late last week that the CRF investment portfolio, which feeds the massive New York State and Local Retirement System (NYSLRS), had gained 5.23 percent during the fiscal year ending March 31. The CRF assumes it will earn an average of 7 percent a year.

The CRF— like the five New York City municipal pension funds and the New York State Teachers’ Retirement System (NYSTRS) — invests more than 60 percent of its assets in domestic and global stocks and in other higher-risk financial categories, including private equity and hedge funds.  As a result, there’s a strong correlation between movement in stock prices and the pension fund investment returns.

The fiscal 2019 shortfall therefore is no surprise, coming in the wake of a nearly 20 percent drop in S&P 500 stock market index from Oct. 1 through the end of 2018.

The 2019 shortfall won’t immediately affect taxpayer-funded employer contributions, which have stabilized after peaking a few years ago. The contribution formula is “smoothed” on the basis of CRF investment returns over the five previous years—and, including 2019 return, the five-year average now stands at precisely 7 percent. But if returns don’t bounce back above 7 percent over the next two years, pension costs to employers could start rising again.

Going back 20 years—a period covering two bear markets as well as the end-of-2018 index plunge, with booms in between — the state pension fund’s average return has been 6.6 percent. As it happens, that almost exactly matches the 6.58 percent “expected” long-term rate of return on CRF’s portfolio, as estimated by the state pension fund actuary in his last five-year review of funding variables and assumptions. The actuary’s calculation means there’s a slightly less than 50-50 chance the state will earn 7 percent, even though the fund is literally banking that figure.

New York City pension funds, which assume a long-term return rate of 7 percent, will end their 2019 fiscal year on June 30. As of February, Comptroller Scott Stringer reported their year-to-date returns ranged from 2.37 to 2.59 percent.  Since then, the S&P 500 has gained another 2.7 percent, indicating the city funds are on track for returns in the 5 to 6 percent range.

Unlike the New York City retirement systems, NYSTRS only reports its investment earnings on an annual basis, three months after the fiscal year end. In all likelihood, however, the fund covering school teachers and administrators outside New York City is on the same earnings track as the city funds.

“It was a tumultuous year in the markets that fortunately came with more ups than downs, including a swift recovery from December’s significant correction,” DiNapoli said.

“Fortunately,” indeed.  For New York’s state comptroller, as for public pension trustees across the country, luck remains the ultimate pension variable. The pension fund’s high financial risk tolerance — justified on the grounds that, after all, taxpayers are the ultimate backstop — means the fund is more vulnerable to volatile swings in stock prices.

Taxpayers would be wiser to keep in mind the disclaimer accompanying any credible mutual investment fund offer: past performance is no guarantee of future results.

A pension fund heavily dependent on equities will ultimately sink or swim with the stock market.  The fourth quarter of 2018 was a hiccup compared to the plunges of 2001-02 and 2008-09.  Another bear market (when, not if, it comes) will mean higher bills for taxpayers.