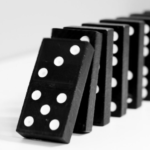 The hastily approved raise for New York’s governor had an unintended consequence: sweetening the Tier 6 pension plan enacted in 2012 and saddling taxpayers with an untold amount of higher pension costs.

The governor’s salary was increased by legislative resolution early Monday morning from $179,000 to $200,000, and will ultimately rise to $250,000 in 2021 provided the next two state budgets are passed in a “timely” manner. How New York’s governor, in his or her capacity as the CEO of a multi-faceted operational and regulatory enterprise, is compensated is a question worth discussing. But the governor’s salary doesn’t just decide how much one man or woman is paid: it’s also the ceiling on which thousands of public-sector pensions will be calculated.

Under the 2012 pension reforms championed by Governor Andrew Cuomo, a retiree who joined a public pension plan on or after April 1, 2012 will get a pension based on his or her final average salary (FAS) up to the governor’s salary. That limit affects higher-pay administrators, healthcare professionals and judges, not to mention downstate law enforcement officers where average pay already exceeds $179,000 in some communities.

To be sure, this won’t immediately increase any pensions: it affects only people hired on or after April 1, 2012, who won’t vest until 2022. But New York’s state and local government pension system (NYSLRS) last year already had 277 members in Tier 6 who reported maxing out at $179,000. But it will immediately increase employer contributions to the pension system, which are based on actuarial calculations of future pension liabilities.

For the state Teachers Retirement System, to which school districts contribute, only 15 Tier 6 members made at least $179,000 last year, but so did another 1,491 members in older pension tiers. Here the increase equates to about a quarter-percent of current liabilities.

The necessary increase in pension contributions will translate into higher local government and school district property taxes, as employers have to pay more into the pension system to fund larger future pensions. But state lawmakers didn’t take the time to figure out what that added liability will be.

Under state law (Legislation Law section 50), an actuarial calculation must be performed before any bill is passed affecting the retirement system. But no such calculation, let alone a public hearing, was held before the measure was rushed through. And since the raise was adopted by resolution, legislative leaders likely presumed section 50 didn’t apply.

The change also reduces the incentive for new superintendents and other administrators to elect for the state’s Voluntary Defined Contribution retirement plan, a 401k-style plan, instead of the traditional defined-benefit pension. That puts taxpayers on the hook for more high-dollar pensions—that could rise still higher the next time a governor slips a raise into the budget deal.