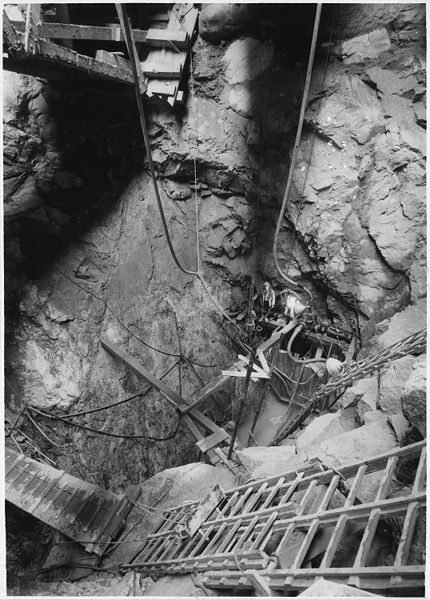 By contrast, using government accounting standards that allow pension systems to assume they will achieve ambitious long-term investment return targets, NYSLRS officially estimated its funded status at 90 to 92 percent and NYSTRS estimated its ratio at 97 percent as of fiscal 2011.

Bad as the risk-adjusted estimates may sound, New York is actually the 7th best-funded public pension system in the country, as ranked by State Budget Solutions. The study said the three worst-funded systems are Illinois at 24 percent, Connecticut at 25 percent and Kentucky at 27 percent.  Among New York’s neighboring states, Massachusetts and New Jersey (both with ratios of 33 percent) and Pennsylvania (at 35 percent) don’t look so hot, either.  The best funded state systems are in Wisconsin (57 percent), North Carolina (54 percent) and South Dakota (52 percent).  California’s state systems rank 15th with a combined funded ratio of 42 percent.

State Budget Solutions based its calculations on U.S. Census data and on financial reports from state systems. But the study doesn’t look at the unfunded liabilities of local public pension funds, which in many cases are worse.

In the case of New York City, whose public retirement systems are larger than those of most states, we don’t need a fiscally conservative think tank to tell us just how badly funded pensions are: the city’s own chief actuary, Robert North, has for several years been generating his own alternative measures of funded status.

North’s alternatives, comparing the market value of assets to the market value of accumulated obligations, most recently showed funded ratios of 29 percent for the city Fire Pension Fund, 36 percent for the Police Pension Fund, 40 percent for the city Teachers’ Retirement System, and 44 percent for the New York City Employee Retirement System–all of which would equate to a combined shortfall came to $136 billion. These numbers from the pension funds’ latest annual financial reports are “lagged” to 2010; subsequent estimates will no doubt show some improvement due to the stock market recovery of the last few years. However, since liabilities and benefit payments also have continued to rise sharply, the improvement would not have been as dramatic as the funds’ healthy recent asset returns might suggest.

The gulf between official funding estimates and alternative accounting standards similar to those used by private pension funds is hardly front-page news.  It stems from an important difference in the way public and private funds “discount” their future liabilities (see this helpful Pension Funding primer for an explanation.)

Using a different methodology, Josh Barro and I estimated in our 2010 Empire Center study, “New York’s Exploding Pension Costs”, that the unfunded liabilities of New York’s state systems stood at $135 billion. Joshua Rauh of Stanford University and Robert Novy-Marx at University of Rochester, the leading academic researchers in this area, in 2010 estimated that state systems  had unfunded liabilities of up to $2.5 trillion.

Other alternative unfunded liability estimates are lower than those of State Budget Solutions because they have used somewhat higher discount rates (for example, based on AAA corporate bonds) to represent a risk-free return on assets, while State Budget Solutions used the currently ultra-low 3.225 percent rate for 15-year U.S. Treasury bonds.

But the State Budget Solutions estimates represent a huge fiscal threat to the future even if cut in half. New Yorkers should keep these figures in mind when, for example, the state comptroller announces a small cut in employer pension contribution rates.  In fact, while we’re better off than Illinois, our pension systems are still deep in the hole.  They are close to “fully funded” only when accounting rules treat taxpayers’ wallets as the ultimate risk-free financial backstop.