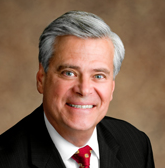 Following his conviction on federal corruption charges, former Senator Dean Skelos apparently will qualify for a public pension of up to $95,590 a year.

The former majority’s leader’s pension for his 32 years in the Legislature alone would be $76,230, according to the Empire Center’s calculator. However, according to the state Comptroller’s Office, Skelos actually became a member of the New York State and Local Retirement System on June 29, 1973, two days before Tier 1 of the pension system was closed to new members. At the time, he still would have been a student at Fordham Law School, from which he obtained his degree in 1975.

Skelos has tallied up 41 years of service credit, the comptroller’s office said. His online biographies don’t list any government jobs held prior to his election to the state Assembly in 1980, or during his 1983-84 stint out of office. However, the longtime Rockville Centre GOP activist would have had to work in state or local government almost continuously since 1973 in order to have accrued the additional nine years of service credit on top of his legislative tenure.

Former Assembly Speaker Sheldon Silver, who had roughly the same pension status as Skelos, apparently will qualify for the same maximum benefit based on the same final average salary.