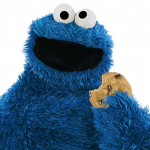 New York’s Legislature has been exempt from many provisions of the state Freedom of Information Law since FOIL was first enacted in 1974. The Assembly and Senate ultimately decide how much legislative information to make public. This makes about as much sense as putting Cookie Monster in charge of security at the Chips Ahoy factory.

As a result, a lot of information on legislative matters ranging from individual employee timesheets to a billion-dollar slush fund has been concealed from taxpayers.

But if Governor Cuomo has his way, that could soon change.

Last year, we criticized the governor when he vetoed a pair of bills that would have improved FOIL. He did promise then that he would follow up those vetoes with “more comprehensive FOIL reform.”

In his budget bills, he’s kept that promise, sort of.

For one thing, his package of reforms includes language that would include the Legislature more fully under FOIL.  This is important. Legislators who know they are being watched would be less likely to misbehave.

Another good idea in the governor’s bill is consistent with something the Empire Center has been pushing for years.  It would require that collectively bargained agreements—the public employee union contracts that drive the bulk of local government and school spending—be made available for public inspection before ratification, either when sent to members, employers or legislative bodies for ratification or approval, whichever is first. That would be a huge improvement over the existing system where details of these contracts often don’t become public until after they have been ratified … when it’s too late for the public to weigh in.

In another positive change, the governor’s bill would require the Legislature and government agencies to post records on their websites. The idea is at least a step towards the ideal of total proactive disclosure of all government records—which would provide a benefit for taxpayers and reduce the burden of FOIL on government entities.

Unfortunately, the governor has taken a step backwards by proposing a change that would narrow the ability of FOIL applicants to recover legal fees and costs. One of the two bills he vetoed last year would have been a step forward by making it easier. This is important because it creates an added deterrent for FOIL delays and denials.

The Legislature now finds itself with yet another opportunity to improve FOIL and taxpayers’ right of access to information by improving upon and then passing the Governor’s reforms. All of these things, done properly, could help save some of New York’s cookies.