New York’s imminent fall from third to fourth most populous state can be attributed mainly to its heavy loss of residents to the rest of the country—a trend persisting in this decade, according to the latest Census data. During the 12 months ending last July 1, the Census Bureau estimates, New York lost a net 104,470 residents to other states. In other words, 104,470 more people moved out of New York than moved into it. This was the largest net domestic migration loss sustained by any state—well ahead of the next biggest losers, Illinois (-67,313 residents) and California (-49,259).

The latest numbers bring New York’s total net domestic migration loss since 2010 to 328,538 people, the largest outflow of any state in that period, following a decade in which nearly 1.6 million New Yorkers moved to other states. Measured as a percentage of the 2010 population, New York’s three-year domestic migration loss rate was second only to that of Illinois, with New Jersey and Rhode Island close behind (see full state data table on back page).

Florida, which is about to overtake New York for the third-place ranking in state populations (behind California and Texas), has gained 308,152 residents from other states since 2010, including 91,484 in the latest year, the Census data show. While the new Census data do not reflect state-to-state flows, Florida has been a leading destination state for New Yorkers for many years.

New York’s loss of residents to other states was offset largely by foreign immigration, reducing the Empire State’s overall migration loss to 2,672 for the latest year, and 10,406 people since 2010. The total population of New York has increased slightly due to the “natural increase” of births minus deaths. 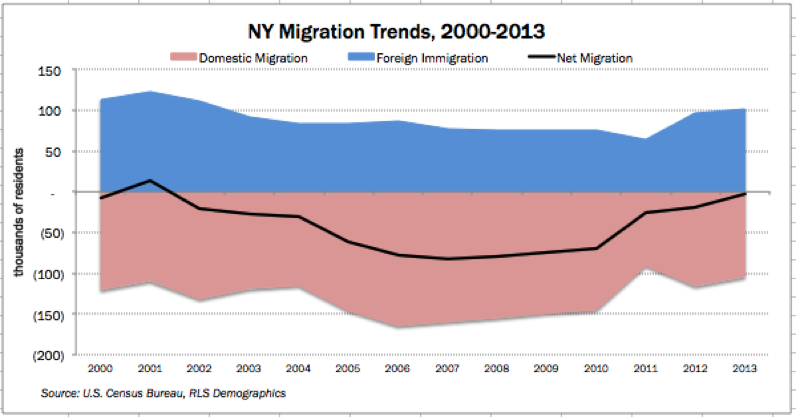 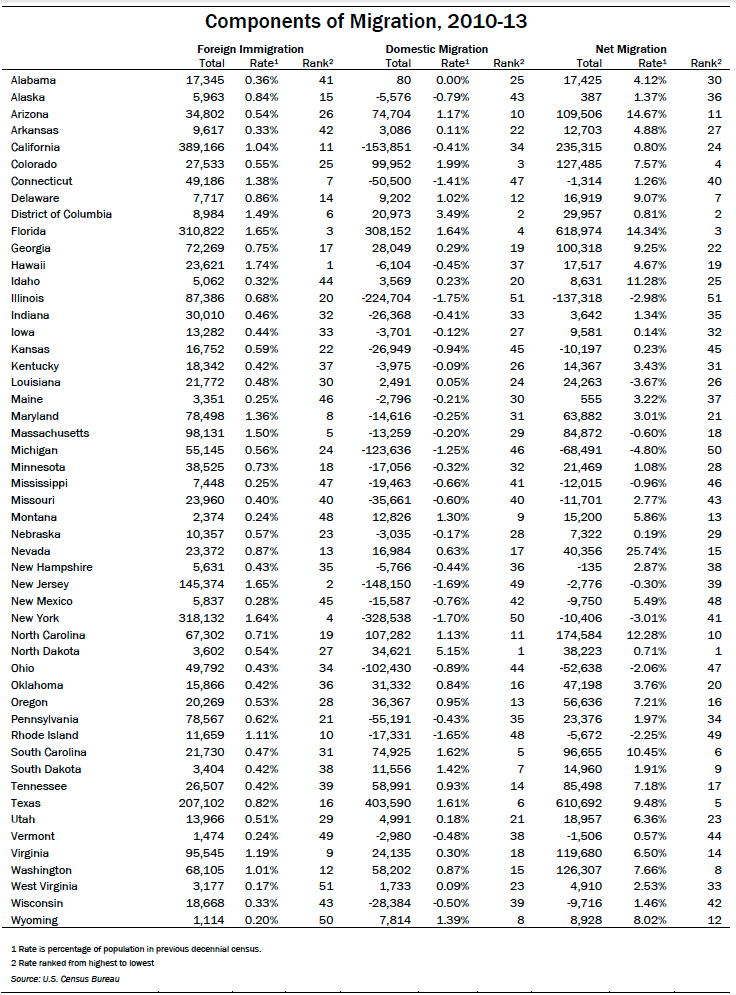