Another year, another big loss of New Yorkers to other states.

During the 12 months ending last July 1, 153,921 more residents moved out of New York than moved into it from other states, according to the U.S. Census Bureau’s annual update of population estimates. The Census Bureau also slightly increased its estimate of New York’s prior year (2013-14) outflow to other states, to a new total of 160,329.

The latest estimates bring New York’s total “net domestic migration” loss since the 2010 census to 653,071 people—the largest such decrease of any state, both in absolute terms and as a percentage of estimated population as of the start of the decade. New York also attracted 134,160 foreign immigrants in the latest year, second only to California, meaning the Empire State’s net population change from all migration was a loss of 23,832 people in the latest year. Only 10 states had bigger combined migration losses relative to 2010 population.

Thanks in part to a high birth rate among recent immigrants, New York was credited last year with an estimated “natural increase” in population of 83,857 people, more than any state except California and Texas. However, due mainly to its large net domestic migration loss, New York’s total population of 19,795,791 was up just 0.24 percent, less than one-third the national rate of 0.79 percent. The Empire State fell further behind faster-growing Florida, which moved ahead into third place in total state population rankings a year ago. 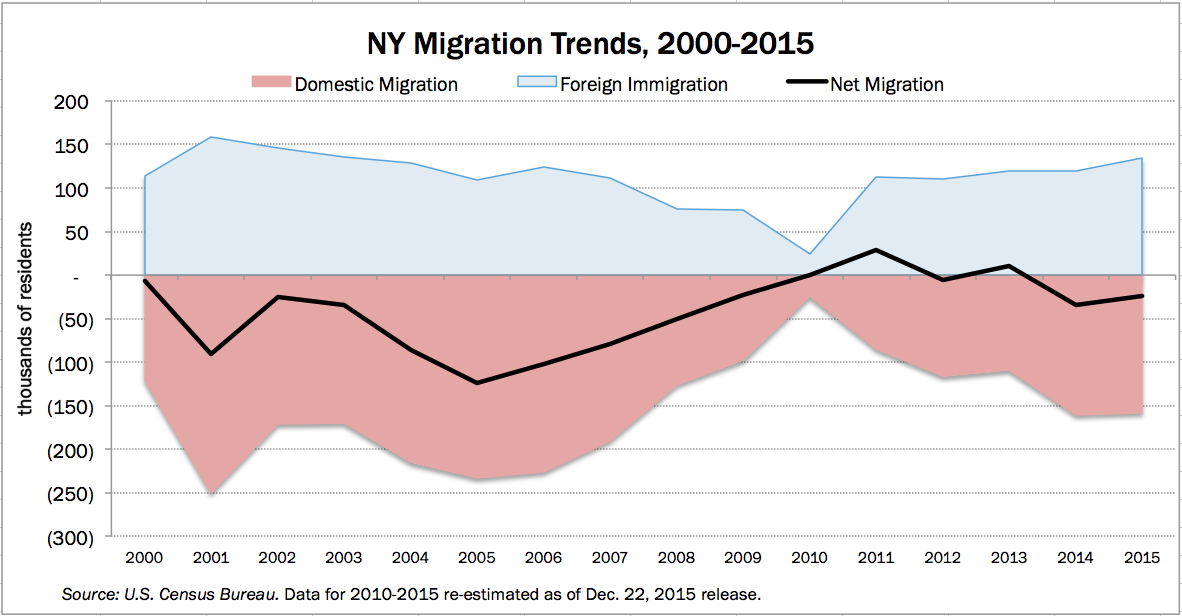 Population migration in and out of New York State decreased following the recession but has since rebounded, as shown above.

Five-year migration data for all 50 states are detailed below. 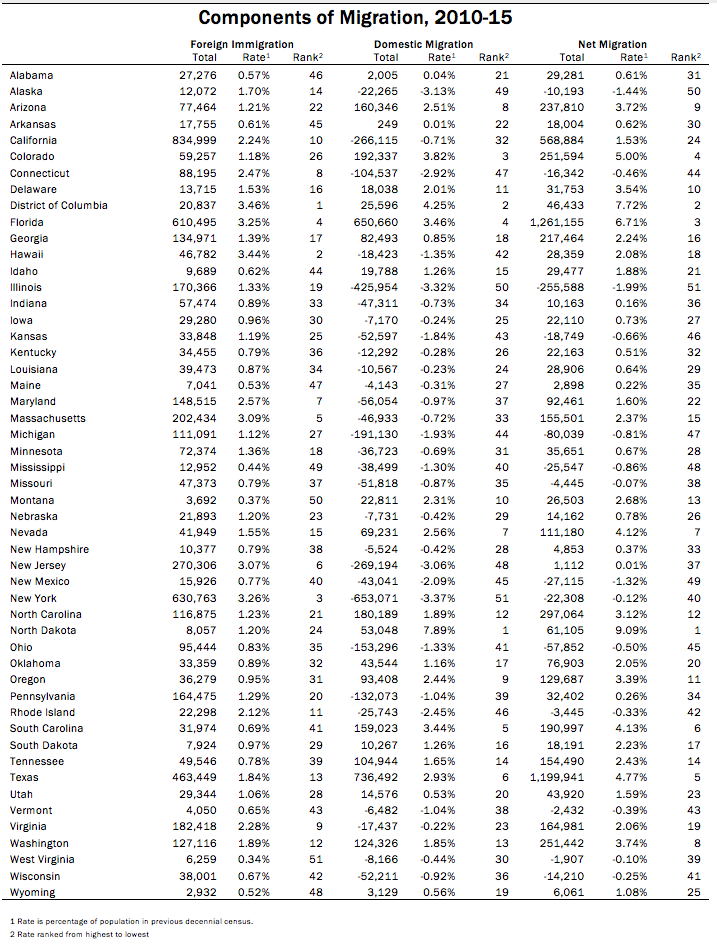