After a small gain during the previous decade, upstate New York’s population dropped slightly between 2010 and 2014, according to Census Bureau data.

The population of the 50 counties north of the Metropolitan Commuter Transportation District decreased by 14,397 people, or 0.2 percent, during the latest four-year period, the Census Bureau estimated. Most of that drop was between 2013 and 2014, driven mainly by an increase in upstate residents moving to other states and regions. By contrast, upstate New York’s population had increased by 52,074 people, or 0.8 percent, between 2000 and 2010.

As detailed in the table below, migration explains much of the difference between upstate and downstate population trends. All regions of New York have lost population due to domestic migration—the movement of residents to other states (and among regions of New York)—but an influx of foreign immigrants has more than made up for domestic migration losses in New York City and neighboring suburban counties. 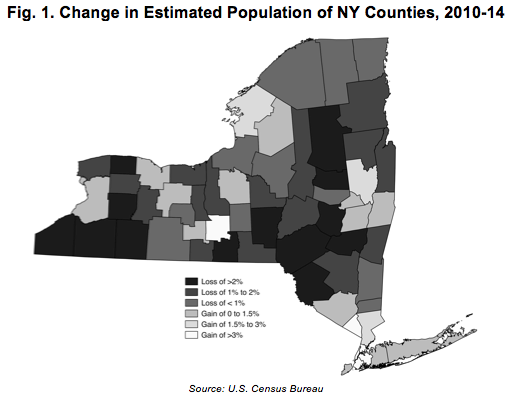 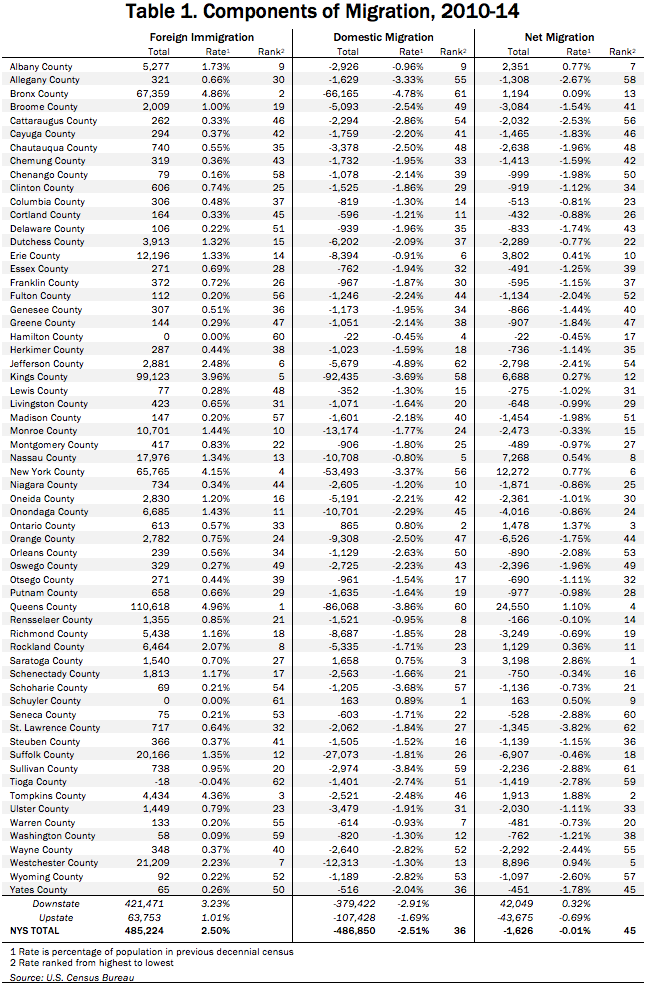 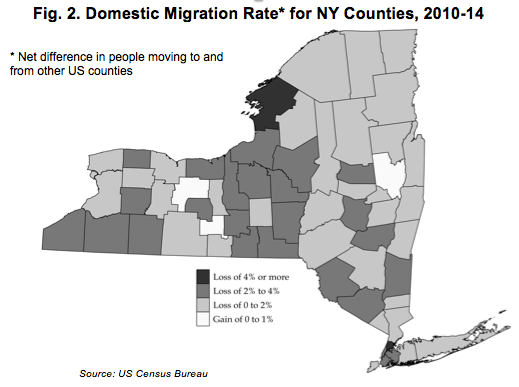 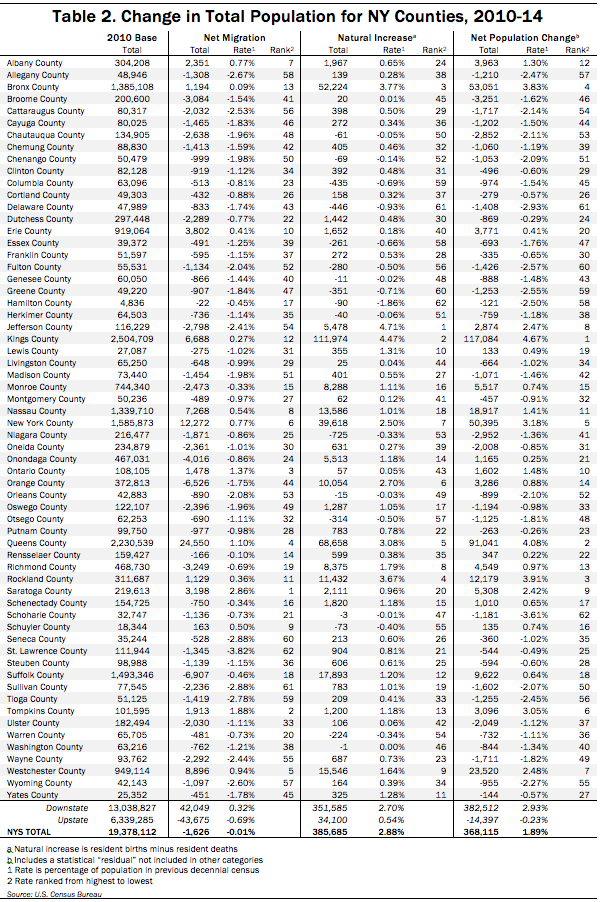